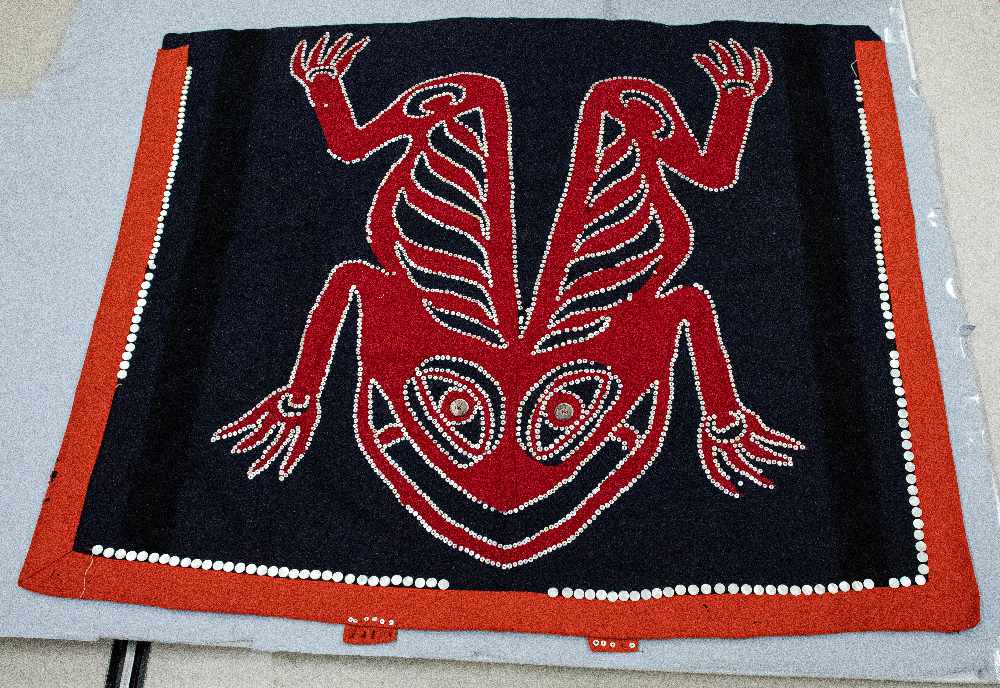 Juneau, Alaska (KINY) - A blanket that dates back to the late nineteenth century was donated by Rick Verlinda, who received the blanket from his grandmother, Ethel Kiley, of Klukwan.

Kiley was a Tlingit Raven of the Gaanaxteidi lan which uses the frog crest.

She kept the blanket in a sealed plastic bag, and it had been in her closet for many years.

Verlinda said he chose to donate the blanket to SHI because the institute can care for it in a climate-controlled, state of the art facility and make it available to the public.

SHI President Rosita Worl said she was grateful to Kiley for caring for the piece and to her grandson for recognizing the importance of returning the blanket to its homelands, "We are fortunate to receive this blanket, which is well over 100 years old.  Our art members often tell students to study the old pieces made by master artists, and this simply elegant frog design will surely inspire them."