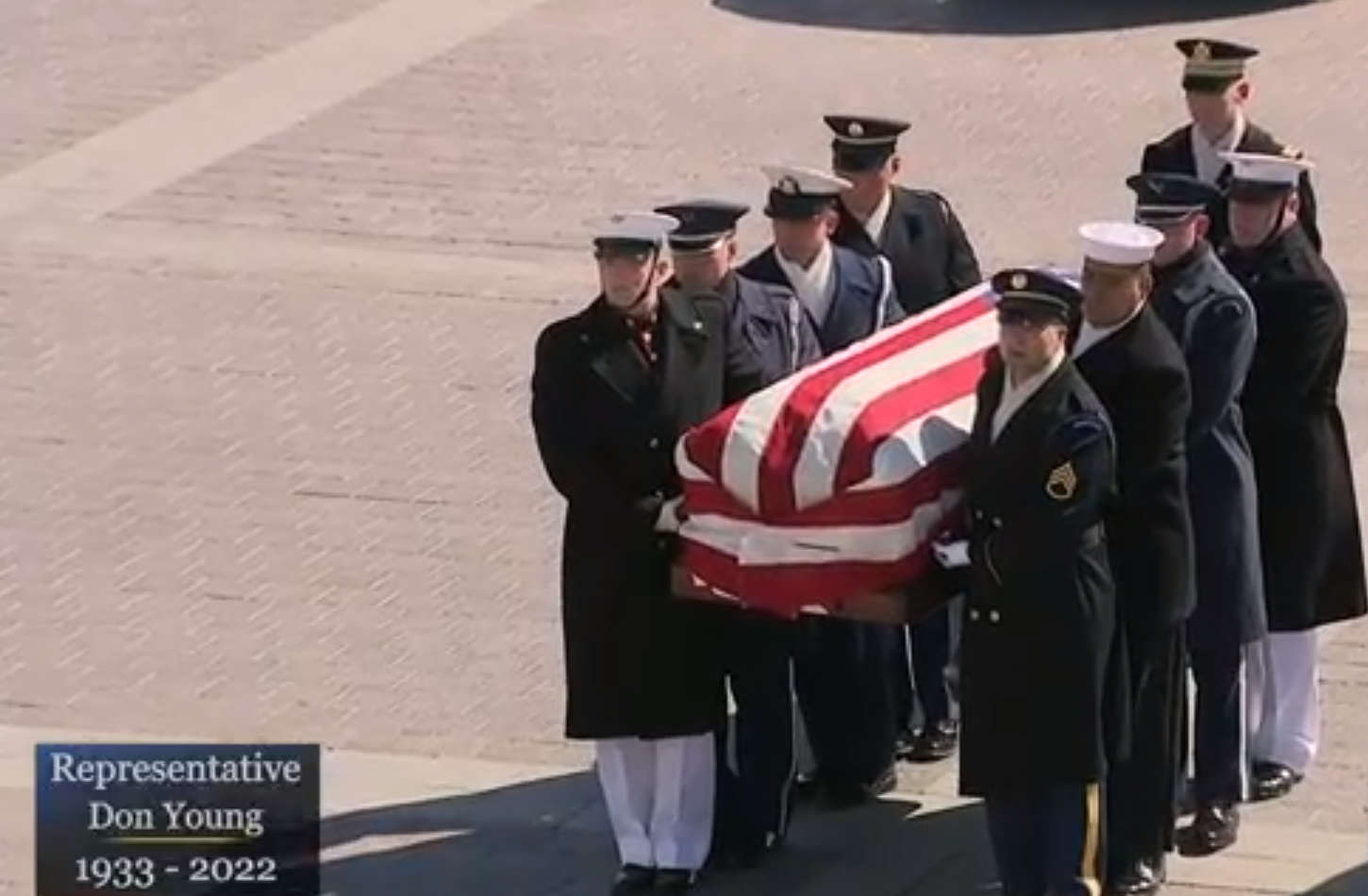 Juneau, Alaska (KINY) - Congressional leaders are hailing Republican Rep. Don Young as a colorful but pragmatic lawmaker who got things done for his constituents.

Young died on a flight to Alaska earlier this month at age 88.

Former colleagues honored him Tuesday as he lies in state at the Capitol.

"It is indeed fitting that we are here in Statuary Hall, for Don Young was a man of stature," said Senator Lisa Murkowski. "Truly, I cannot imagine a more fitting place to start to say goodbye, because this is just the beginning of the goodbyes, but here in the United States Capitol, where Don dedicated 49 years of his life to the 49th state."

Senator Dan Sullivan said his passing leaves a void in the small but mighty Alaska delegation, saying there have always been three of them, but now there are only two.

"Alaska will be without a congressman for over five months. That's going to be tough on the people of our state, I think it's going to be tough on the House of Representatives. So I would humbly ask everybody here to help keep Don Young's legacy alive by remembering Alaska when bills come before you in the house, remember what he fought for, remember what he believed and how much he did for the state he loved, and loved him back."

While Young's accomplishments were significant, he is also remembered for his sometimes gruff personality, as house speaker Nancy Pelosi said.

"He was a lead sponsor of more than 123 bills that became law, including the transatlantic pipeline, and ANWR leases, 10 presidents signed his bills into law."

Young was first elected to the House in 1973.