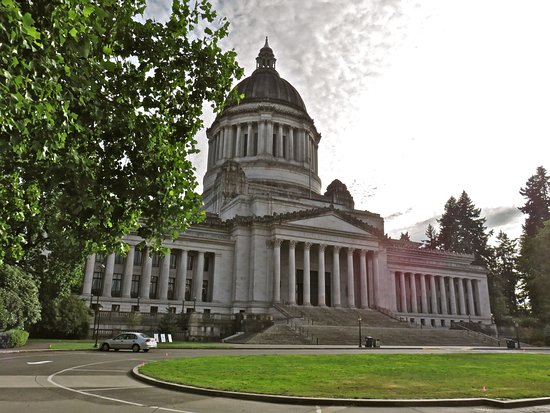 The Washington State Capitol in Olympia.

Olympia, Wash. (KINY) - A bill that will change the way healthcare funds are invested in Tribal and urban Indian health organizations was signed by Washington Gov. Jay Inslee on Tuesday, May 7.

According to a press release from the state, the Washington Indian Health Improvement Act (SB. 5415) will help the state of Washington, Tribes, and Urban Indian Health Programs increase access to care, strengthen continuity of care, improve population health, and strengthen cultural effective practices.

“The level of trust and participation by all parties involved brings a lot of hope for the future health of Native communities in Washington,” said Vicki Lowe, executive director of the American Indian Health Commission. “We are providing a model that we hope to see replicated throughout the country.”

AIHC is a Tribal nonprofit organization dedicated to improving health outcomes for American Indians and Alaska Natives through state level health policy, advocacy, and programs. It consists of Tribal and urban Indian representatives who work on behalf of the 29 federally recognized Indian Tribes and two Urban Indian Health Programs in the state.

This legislation establishes a Tribal reinvestment account that leverages the state costs savings and reinvests those dollars into the Indian healthcare system.

“We are grateful to Tribal leadership in Washington who stood with Urban Indian Health Programs like Seattle Indian Health Board throughout this legislative process,” said Aren Sparck, Government Affairs Officer for Seattle Indian Health Board and executive member of AIHC. “If it wasn’t for the collaborative efforts by all involved, especially the support of Jessie Dean from Washington State Health Care Authority, this one-of-a-kind legislation would not have been possible.”

The Washington Indian Health Improvement Act was introduced in the 2019 legislative session. The bill was approved unanimously by the Washington State legislature in April.