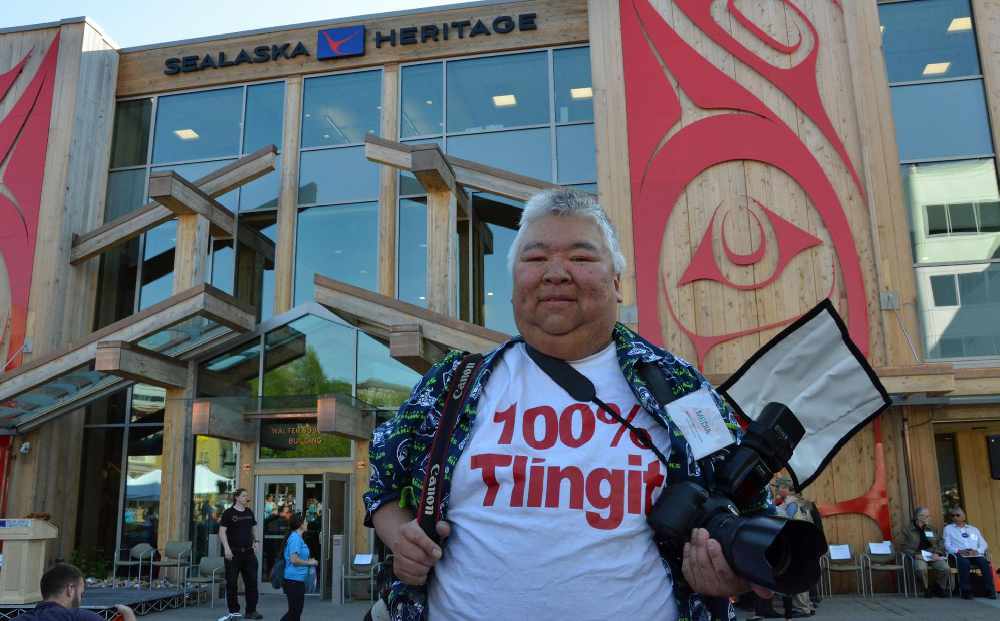 Juneau, Alaska (KINY) - Longtime Tlingit photojournalist Brian Wallace was honored with a 2020 “Person of Distinction” award by Sealaska Heritage Institute’s Board of Trustees.

The announcement came on Thursday during SHI’s virtual Celebration 2000 broadcast.

In a video played during the program, SHI President Rosita Worl noted Wallace’s many years spent documenting Celebration since the first event was held in 1982.

She also thanked Wallace for his donations of archival materials and ethnographic objects to SHI, including tools and formline designs made by his father, the late Amos Wallace, who is credited for helping to keep Northwest Coast ancient practices alive at a time when the knowledge was in danger of being lost.

Wallace has also donated hundreds of old photos to SHI depicting important events in Tlingit, Haida, and Tsimshian history.
SHI virtually presented Wallace with a cedar award embedded with a copper tináa in addition to a wool “Blanket of Knowledge” during the broadcast.

Wallace documented Celebration for the Juneau Empire for three decades before being named SHI’s official Celebration photographer in 2008. His photos of Celebration are featured in many public places — most recently at the American Museum of Natural History, which is curating an educational panel about Native Northwest Coast people.

“Through his photography, Brian has helped educate the country about the rich cultures and cultural survival of the Tlingit, Haida, and Tsimshian,” according to a video played during the event.