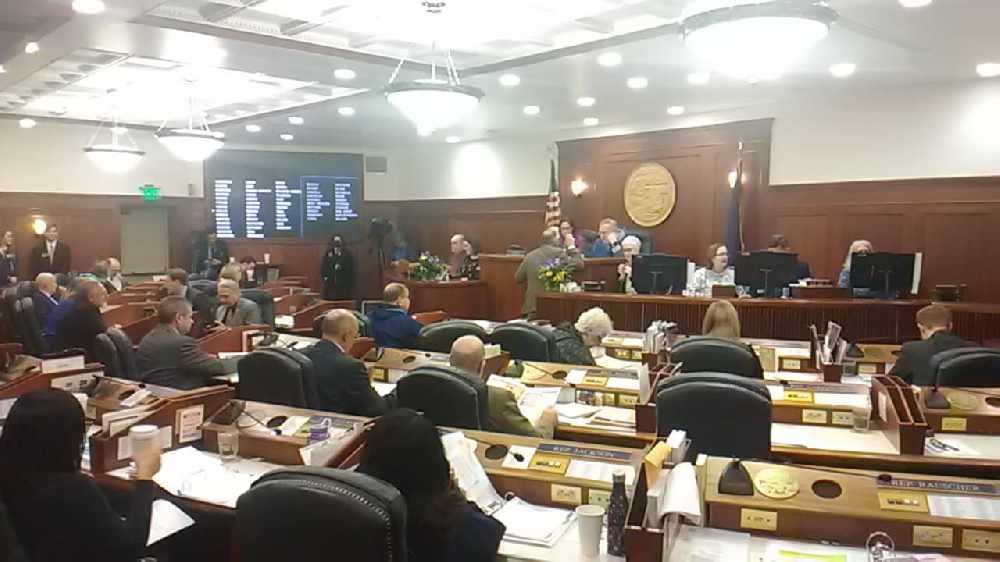 The Alaska Senate and House in joint session on Friday, Jan. 24.

Juneau, Alaska (KINY) - The Alaska House and Senate sat in a joint session on Friday, Jan. 24 to vote on overrides to budgetary vetoes by Gov. Mike Dunleavy from the previous session.

The overrides failed on a 37-20 joint vote. A threshold of 45 votes is required to override a governor’s veto.

The veto overrides, which needed to be accomplished in the first five days of the session, included $5 million for the Alaska Marine Highway System, $48.91 million in school bond debt reimbursement and $19.69 million in funding to regional educational areas for small municipalities.

Senator Pete Micciche moved that the overrides be divided into two questions, with the ferry system as one and the educational system as the other, but it failed 37-20 in a joint vote.

Representative Mel Gillis and Sen. David Wilson were excused from the session. Rep. David Eastman attempted a call of the House on Rep. Ben Carpenter, which was made moot after House Majority Leader Steve Thompson withdrew a request for Carpenter's excusal.

The Legislature failed to override budget vetoes by Gov. Dunleavy during the first session after members of the Alaska House Republicans and a handful of state senators were absent from a final vote.