Vessel involved in salvage of grounded tug near Sitka capsizes 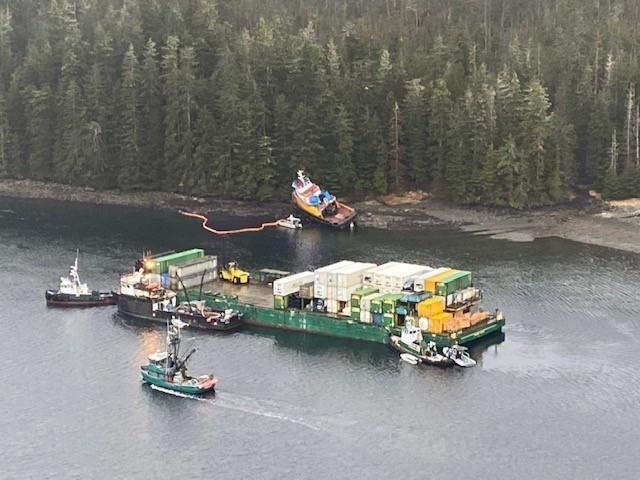 Juneau, Alaska - (KINY) A vessel involved in the salvage operation in the wake of the Tugboat Western Mariner colliding with the barge it was towing and going aground near Sitka ran into trouble itself.

It involved the Silver Bullet, a skiff that was contracted to assist with the oil spill recovery, according to Coast Guard Petty Officer Ali Blackburn.

She said there were four people on board.  There were no reported injuries or fuel spilled from the Silver Bullet.

In the meantime, the Coast Guard official said the Coast Guard is working closely with salvage operators.  "I think the clean-up is going as planned and they established a unified command to respond to anything that comes up," she said.

The tug went aground before five  Monday in Neva Strait, about 18 miles northwest of Sitka.

The port forward fuel tank, which is a known source of the discharge, is reported to have a 13,000-gallon maximum capacity.  An initial report from the Department of Environmental Conservation said there was a broken silver and rainbow sheen observed to cover approximately four nautical miles.

DEC says the Western Mariner has a maximum capacity of 50,000 gallons.  The company estimates that the amount of fuel onboard at the time of the grounding was 45,000 gallons.

The Coast Guard says the vessel was towing a freight barge when a temporary steering failure onboard the tug caused the barge to collide with the tug. The collision pushed the tug onto the beach causing the spill.

The four crew members were safely transferred to a nearby vessel.  No injuries were reported.

The Coast Guard Cutter Hickory was scheduled to be on scene Wednesday.