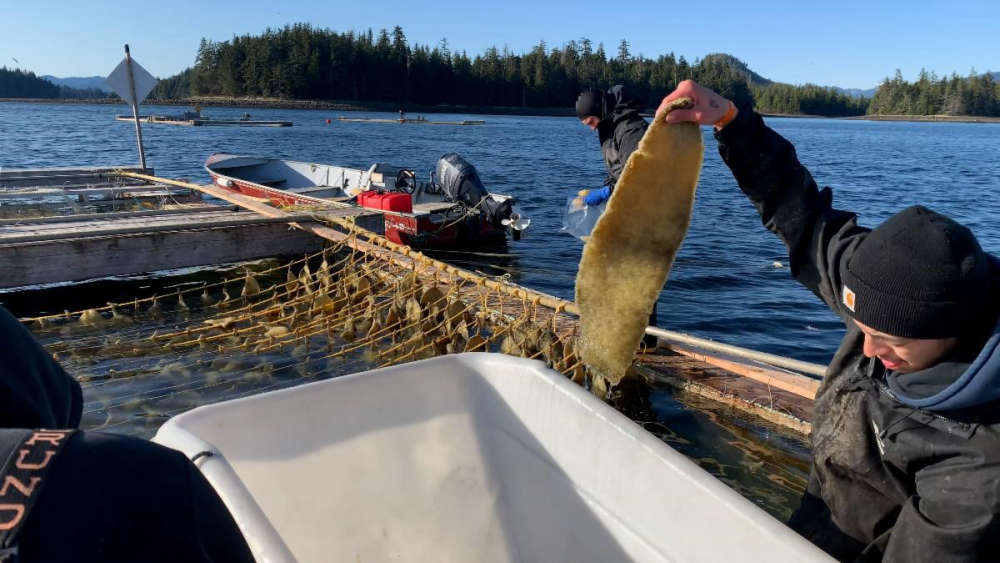 The agreement uses American Rescue Plan Act funds to improve food and agriculture supply chain resiliency. The USDA announced it will award a total of up to $400 million “through non-competitive cooperative agreements with state and tribal governments to support local, regional, and underserved producers through the purchase of food produced within the state or within 400 miles of delivery destination.”

In a release, Tlingit & Haida said this means they can purchase and distribute locally grown, produced and processed foods from underserved producers.

In April 2022, Tlingit & Haida used APRA funds to purchase herring roe on kelp from tribal citizen permit holders on Prince of Wales Island. The Tribe gave out more than 14,000 pounds of herring eggs to more than 3,000 tribal citizens.

The LFPA awarded a $208,000 grant to Tlingit & Haida to continue this program in 2023. The funds will continue to support 15 local Alaska Native food producers who harvest roe on kelp and improve food security in rural Southeast Alaska villages by providing the highly nutritious traditional food directly to tribal citizens.

Tlingit & Haida is the second recipient of an LFPA grant in Alaska this year.