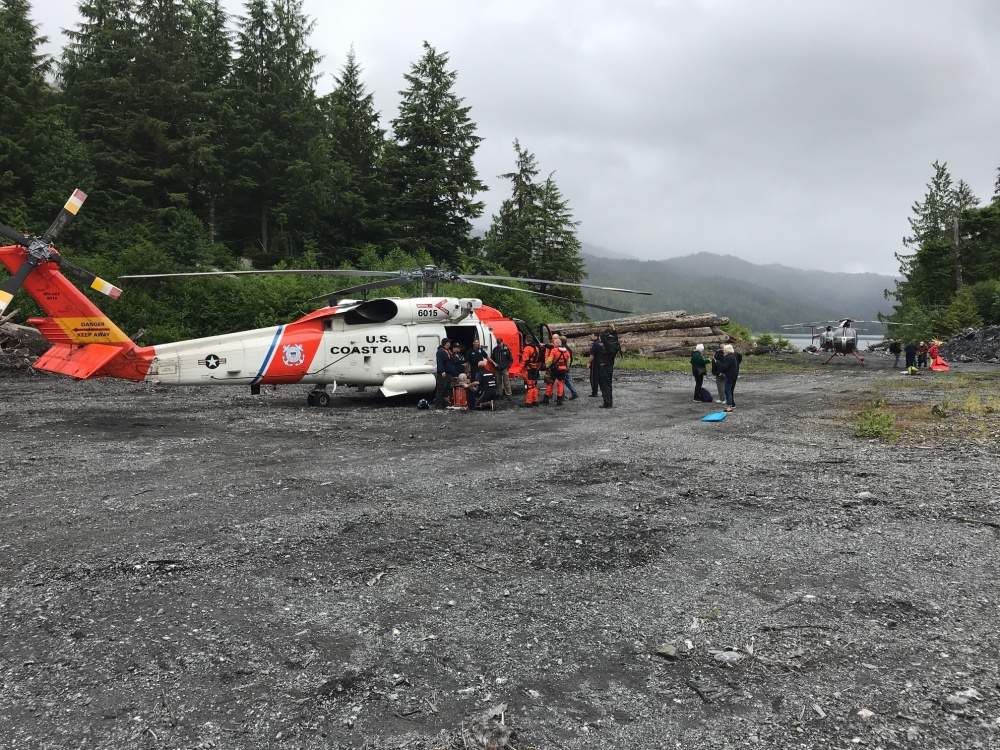 Ketchikan, Alaska (KINY) - Crews reported a plane went down with 11 people on board.

It was reported that 11 people from the plane crash are alive, but have injuries. Extent of their injuries is unknown. The Jayhawk helicopter from Air Station Sitka continues to search. Six Ketchikan volunteer rescue squad helicopters with EMS are standing by to assist.

The US Coast Guard Air Station Sitka dispatched a Jayhawk helicopter crew to the area near Hetta Inlet, 39 miles south-southwest of Ketchikan around 10:45 am.  The site was at 2,000 feet elevation on Mount Jumbo.

The helicopter is now in the area searching.  Visibility is only one-quarter mile.  The report from the Coast Guard had the sea plane from Taquan Air. 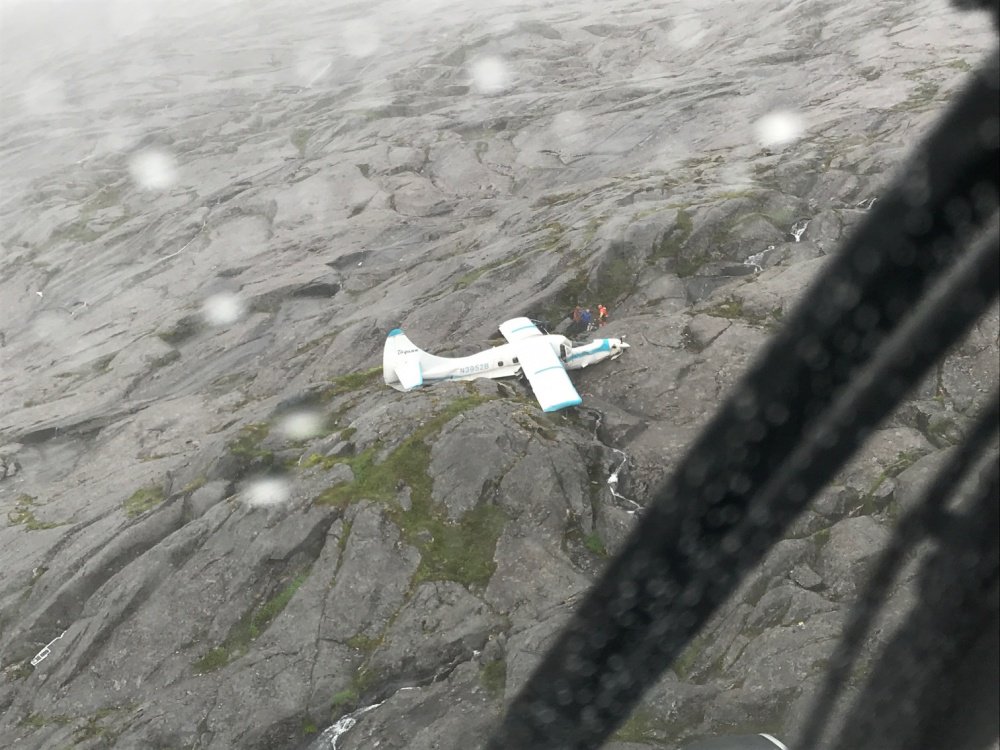 Injuries that need immediate treatment are being done at a staging area, before being taken to the Ketchikan Medical Center.

The NTSB will investigate the crash near Hetta Inlet and Mount Jumbo.

The plane had crashed into a mountain at about 2000 feet elevation. Visibility had been poor throughout the day. The flight had launched from Prince of Wales and was headed for Ketchikan.

The Coast Guard says all 11 survived, but many have minor injuries. Injuries that needed immediate treatment were done at a staging area, before being taken to the Ketchikan Medical Center. There were no fatalities reported.

The NTSB will investigate the crash near Hetta Inlet and Mount Jumbo.

Emergency officials said that the crash could have been much worse.

The exact cause of the crash has yet to be determined or released.

All 11 people were rescued by a Coast Guard helicopter and taken to Ketchikan Medical Center.  The Coast Guard said the group was in good condition.  An emergency locator on the plane helped the search.  The plane was a float equipped de Havilland Otter aircraft.  The pilot was identified as Mike Hodgins, 72, of Ketchikan.