US Navy hospital ship expected in Seattle next week 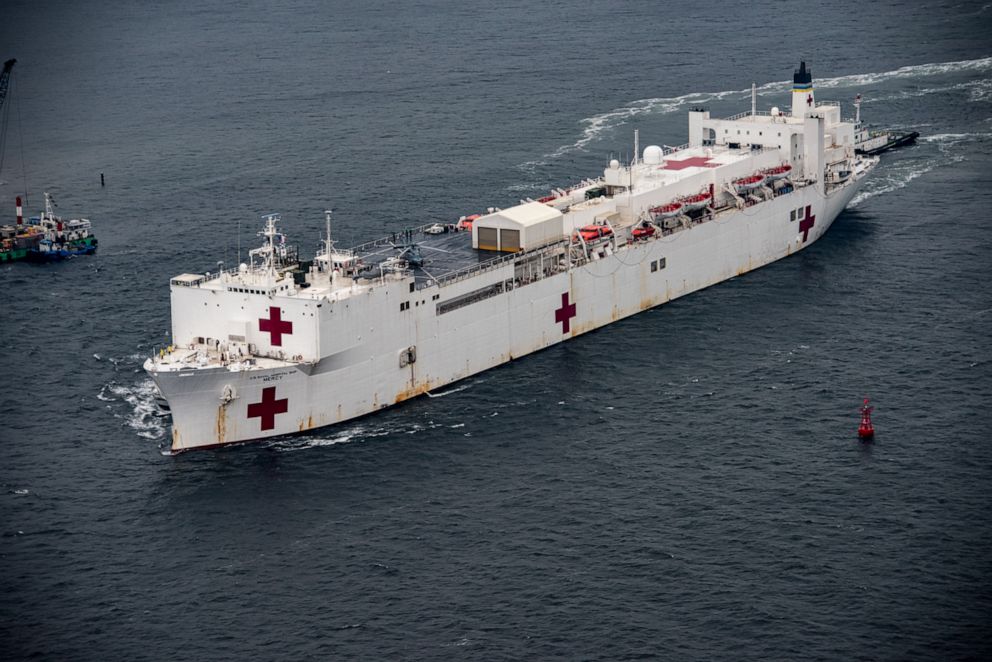 Seattle (ABC) - A U.S. Navy hospital ship is expected to head to the Seattle region next week, with the intention of helping to alleviate the strain on the city's hospital system due to the influx of patients infected by the novel coronavirus.

The USNS Mercy, one of the Navy's two 1,000-bed hospital ships, will likely leave its homeport of San Diego sometime next week. Meanwhile, the Mercy's sister ship, the USNS Comfort, will not head to New York harbor from its homeport of Norfolk until early April, due to scheduled maintenance, officials said.

On Thursday, California Gov. Gavin Newsom sent a letter to President Donald Trump requesting that the Mercy be docked in Los Angeles. However, a U.S. official told ABC News that the Mercy is expected to head to the Seattle area.

Washington state has been at the epicenter of the coronavirus pandemic, with more than 1,100 reported cases of the virus in the state as of Friday, according to data from the Centers for Disease Control and Prevention.

The Mercy will not treat coronavirus patients, but rather trauma patients or other emergency room cases, taking the burden off of local hospitals and opening up beds that are better suited for treating infectious diseases.

But defense officials have warned that one of the challenges in deploying a hospital ship like the Mercy is keeping it properly staffed.

"All those doctors and nurses either come from our medical treatment facilities or they come from the reserves, which means civilians," Defense Secretary Mark Esper said on Tuesday. "And so we've got to be very conscious of and careful of as we call up these units and use them to support the states, that we aren't robbing Peter to pay Paul, so to speak."

The Navy Surgeon General, Rear Adm. Bruce Gillingham, indicated to reporters on Thursday that the staff would come from military treatment facilities and that the "critical core" of the Mercy's staff reported to the ship on Thursday.

In order to prevent the spread of the virus on the Mercy, all personnel, including medical staff and future patients, will be screened for coronavirus symptoms prior to boarding, Gillingham said.