US flies heavy B-1 Lancer bombers over East Siberian Sea 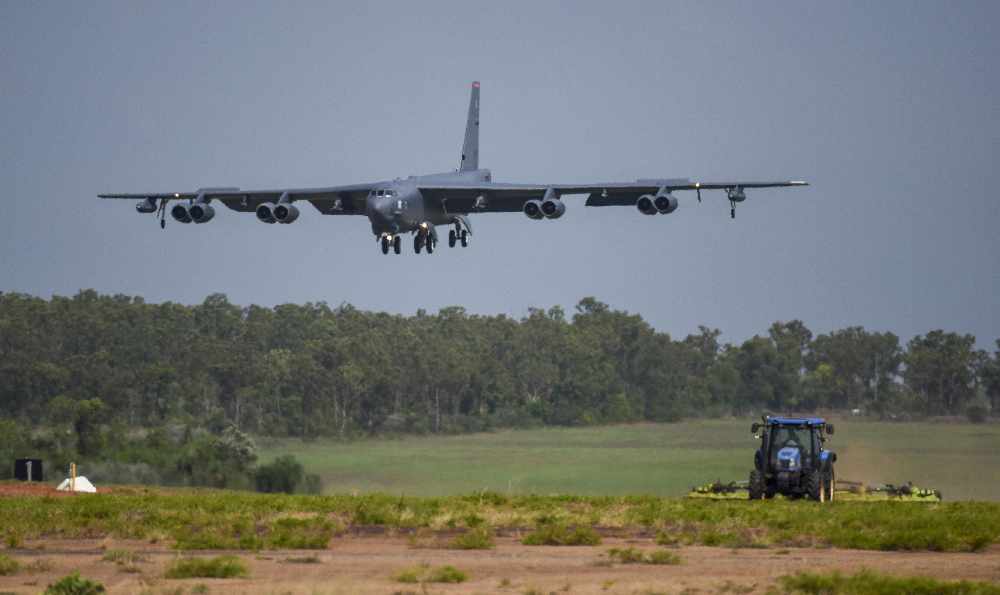 Berlin (AP) - The U.S. Air Force flew three B-1 heavy bombers over the East Siberian Sea, north of Russia's far east, as part of a series of recent maneuvers that the military said Friday are meant to demonstrate American capabilities and ability to support allies.

But a top Russian commander blasted it as “hostile and provocative.”

The flight of the three Texas-based U.S. Air Force Reserve B-1 Lancer bombers on Thursday followed a similar mission a week ago in which three B-52 bombers temporarily based in Britain were flown over Ukrainian airspace, near Russia's southwestern flank.

U.S. European Command said that following the flight from Texas to the East Siberian Sea, the Lancers landed at a nearby American air base in Alaska.

Stuttgart-based EUCOM said in a statement that the flight, and the deployment of the B-52s to England showcased how U.S.-based assets “can be employed to achieve an operational objective on USEUCOM's eastern and western flanks.”

"The three Lancers ... demonstrated how U.S. strategic bombers are able to support any mission, anywhere around the globe, at a moment’s notice," Stuttgart-based EUCOM said in a statement.

The U.S. regularly conducts aerial, naval and ground-force maneuvers in and around Europe, but a top Russian military officer said Friday that the number of U.S. and NATO flights near Russia's borders have increased markedly this year.

Col.-Gen. Sergei Surovikin, who heads Russia's air force, told reporters Friday that in August alone Russian fighter jets were scrambled on 27 occasions to intercept American and other NATO warplanes over the Baltic, Barents and the Black and Okhotsk Seas.

He said B-52s in late August and early September flew close to Russian borders near Crimea and the Russian Baltic enclave of Kaliningrad, and accused them of practicing for offensive operations.

“The strategic bombers’ crews practiced launching cruise missiles at facilities in Russia from airspace over the central part of the Black Sea and the territory of Estonia,” Surovikin said.

During the Sept. 4 flight, three B-52s flew over the Sea of Azov to come as close as 30 kilometers to Crimea, he said.

“We see the combat training of strategic aircrews in close proximity to the Russian border as hostile and provocative,” Surovikin said.

Russia-West relations have sunk to post-Cold War lows after Russia's 2014 annexation of Ukraine's Crimea. Moscow has bristled at the deployment of NATO forces in the Baltics in recent years, and Russia and the alliance have regularly traded accusations over military flights.