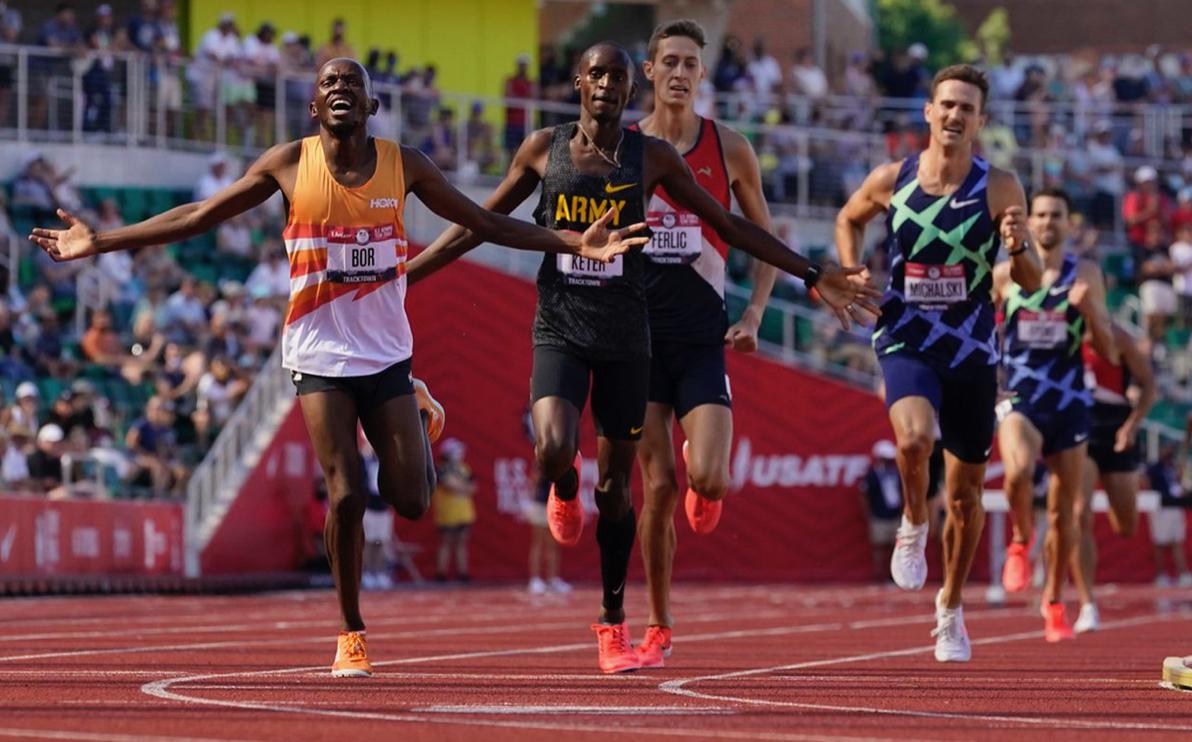 Hillary Bor, Bernard Keter and Mason Ferlic finish in the finals of the 3000 meter steeplechase on Friday at the U.S. Olympic Team Trials for track and Field on Eugene, Oregon's Hayward Field.

2016 Olympian Hillary Bor won in a time of 8:21.34 with Benard Keter second in 8:21.81and Michigan runner Mason Ferlic third in 8:22.05. The three will represent the United States at the Tokyo Summer Olympic Games in Japan beginning July 23.

Updike ran in fourth through the first third of the event with two-time Olympian Donn Cabral leading for most of the race.

With two laps to go Ferlic moved into third behind Bor and Cabral.

Keter moved up in the last 600 meters and together with Bor the two passed Cabral who faded behind Michalski and Updike.

Updike briefly took a lead with one lap remaining but Bor and Keiter took over the front and the two separated themselves from the pack heading into the final water jump.

Ferlic sealed his spot on the Olympic team down the stretch, dueling with Michalski who could not catch him in the final 100 meters.

Updike had the fastest preliminary heat time on Monday with an 8:22.01 and still has the fastest American time this season with an 8:17.74 set on April 24 at the same Hayward Field used for these Olympic trials. In that April race Ferlic ran an 8:18.49.