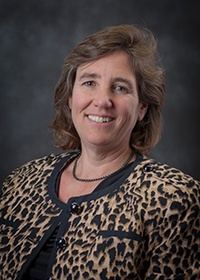 Juneau, Alaska (KINY) - Univerity of Alaska President Pat Pitney has decided not to require vaccinations at the university of Fairbanks for staff and students, but says she anticipates vaccine mandates later on.

Pitney said that while she believes vaccination is the best line of defense against COVID-19, as well as encouraged all students and employees to get vaccinated, other considerations led her to the decision.

Pitney was asked if a mandate would be for all of the universities.

"The factors we were looking at was UAF specifically, largely due to the rate of the low community rate of vaccinations and kind of the risk of the community approach, which the risk at the community level and southeast is so much less because of their high vaccination rate," she said. "Although we have three separate universities, we are a common employer. So yes, if we did this, likely it would be all three universities and the system office."

At UAS, vaccine requirements are only for those staying on-campus housing due to those facilities being a congregate setting.

Pitney said with the federal OSHA mandate, the system is anticipating implementation on January 1st.