University of Anchorage hockey to play home games on campus 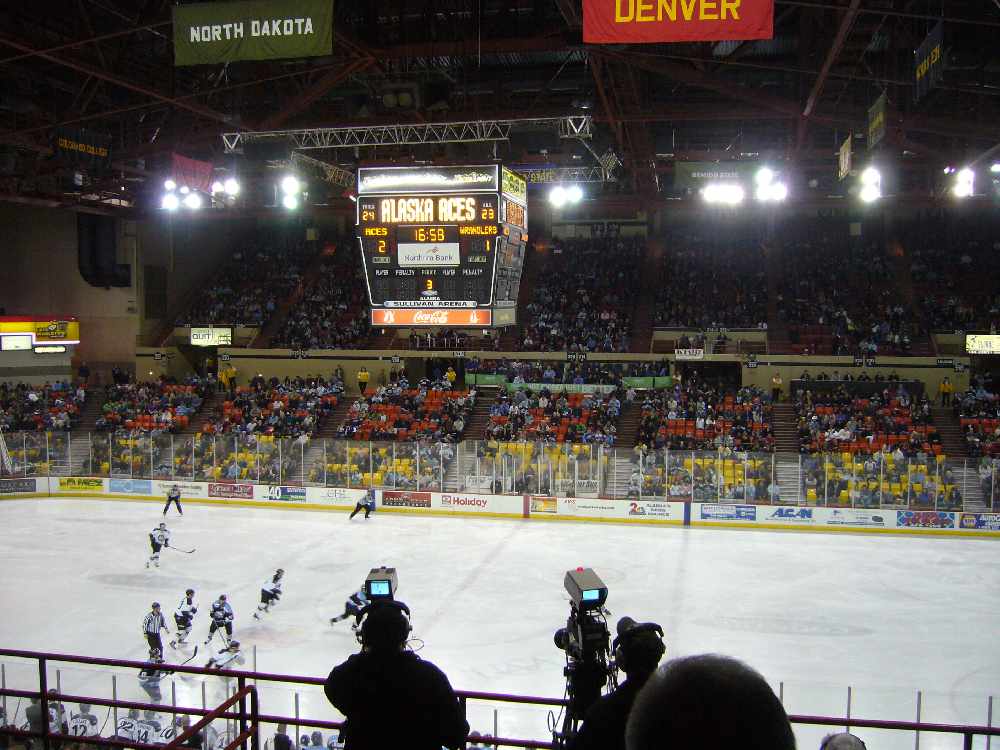 The university has announced it will move games out of Sullivan Arena in Anchorage and into the Wells Fargo Sports Complex for the 2019-2020 season, The Anchorage Daily News reported.

The move comes as the university faces "increasing financial constraints due to state budget cuts requiring the university to evaluate its venue needs," according to a statement by the athletic department.

Relocating games from Alaska's largest entertainment venue, which seats about 6,300 for hockey, to the smaller campus venue will save $200,000 per year, said university athletic director Greg Myford.

Capacity at the Wells Fargo rink, which has seating for about 800, must increase in order to satisfy requirements of the Western Collegiate Hockey Association, Myford said.

The league requires member schools to play in arenas with seating for at least 2,500 spectators. League officials did not immediately respond to questions regarding how quickly they expect the university to expand its seating capacity.

The Seawolves averaged 1,944 spectators per game and had about 500 season ticket-holders last season.

Expansion plans have not been finalized and will cost money, Myford said.

"We're looking at us playing in the Wells Fargo Sports Complex for the next couple of years as-is," Myford said.

The university hopes to increase seating to about 1,000 without building an expansion, perhaps by adding balcony seats, Myford said.

"If we can find a way to get that to a thousand, that's something we want to do," he said.