University board votes no on education school accreditation 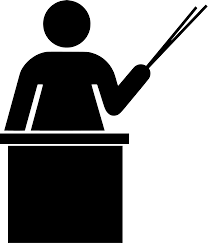 ANCHORAGE, Alaska (AP) — The University of Alaska's governing board has voted not to seek reaccreditation for some licensure programs at its Anchorage education school.

Nearly 70% of the school's students — 335 out of 489 — will be impacted by the vote on Monday by the university's Board of Regents dropping efforts to reaccredit the college's School of Education initial teacher licensure programs, KTUU reported Monday.

Discontinuation of advanced teacher licensing is scheduled to be considered at a Board of Regents meeting in May, according to Steve Atwater, executive dean of the Alaska College of Education.

"I think people are waiting to see what happens today, and then go forward from there," Atwater said.

"We've been working really hard to make sure students understand they can stay at UAA to pursue education degrees under the direction of UAS and UAF faculties," said university spokeswoman Robbie Graham.

Initial licensing programs are scheduled to be discontinued effective Sept. 1, according to a proposal announced last week by university President Jim Johnsen that would close the Anchorage education school by July 2020.

The university was informed in January that the Anchorage education department lost national accreditation for its seven initial licensing programs from the Council for the Accreditation of Educator Preparation for failing four of five assessment categories, according to officials.

They said the accreditation loss was due to a lack of data on student progress.