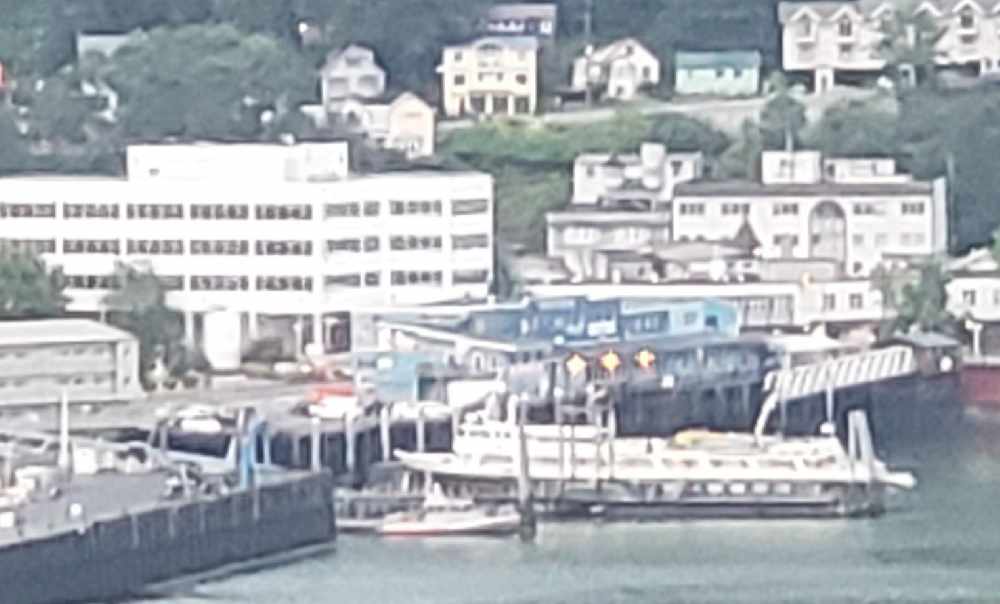 The UnCruise Adventures' Wilderness Adventurer returned to Juneau on Wednesday.

Juneau, Alaska (AP) - The first cruise in an already decimated southeast Alaska cruise season came to a devastating end Wednesday when a small ship carrying more than 35 passengers had to return to Juneau because one of the guests had tested positive for COVID-19.

The loss of cruises ships capable of carrying thousands of people has been devastating to Alaska’s tourism economy this summer, particularly for communities in southeast Alaska that would see their populations swell with the influx of tourists this time of year. Large cruise ship companies canceled their seasons, a big hit for a tourism industry that had anticipated 2.2 million visitors, many of them on cruises.

While larger cruise ships, defined as those carrying more than 250 passengers and crew, were under no-sail orders, smaller companies were allowed to continue. The sailing from UnCruise Adventures was the first of the season and might be the last.

The company on its website said future Alaska sailings have been suspended, but the city said in a statement that future departures have been canceled. Messages left with both to clarify weren't immediately returned.

A message left with the Cruise Lines International Association, an industry trade group, was not immediately returned.

Liz Perry, president and CEO of Travel Juneau, said the cruise company, passengers, and crew worked hard to get the cruise going. “They followed all the guidance protocols, had their plans in place. And I think it just points to how insidious this virus actually is and the need for better and more accessible testing,” Perry said.

UnCruise Adventurers said the guest who tested positive was notified while onboard the ship, which left Juneau on Saturday.

It wasn't immediately known which of the several 7- and 14-day Alaska cruises this was. City officials said the cruise ship did not dock in any other Alaska city in the three days after it left Juneau.

The company said the guest took a 5-day testing option before leaving home. The person received a negative test, as required to get on board the ship. The person also took another test when arriving at the Juneau airport, which came back positive.

The city said in a release late Tuesday that the guest was showing no symptoms. The company also said the other guests and crew were not showing any “outward symptoms of any kind.”

Passengers were asked to restrict themselves to their cabins until returning to Juneau.

The development came as the state prepares to change its testing requirements for nonresident travelers to Alaska, which includes no longer allowing them to have a 14-day quarantine option.