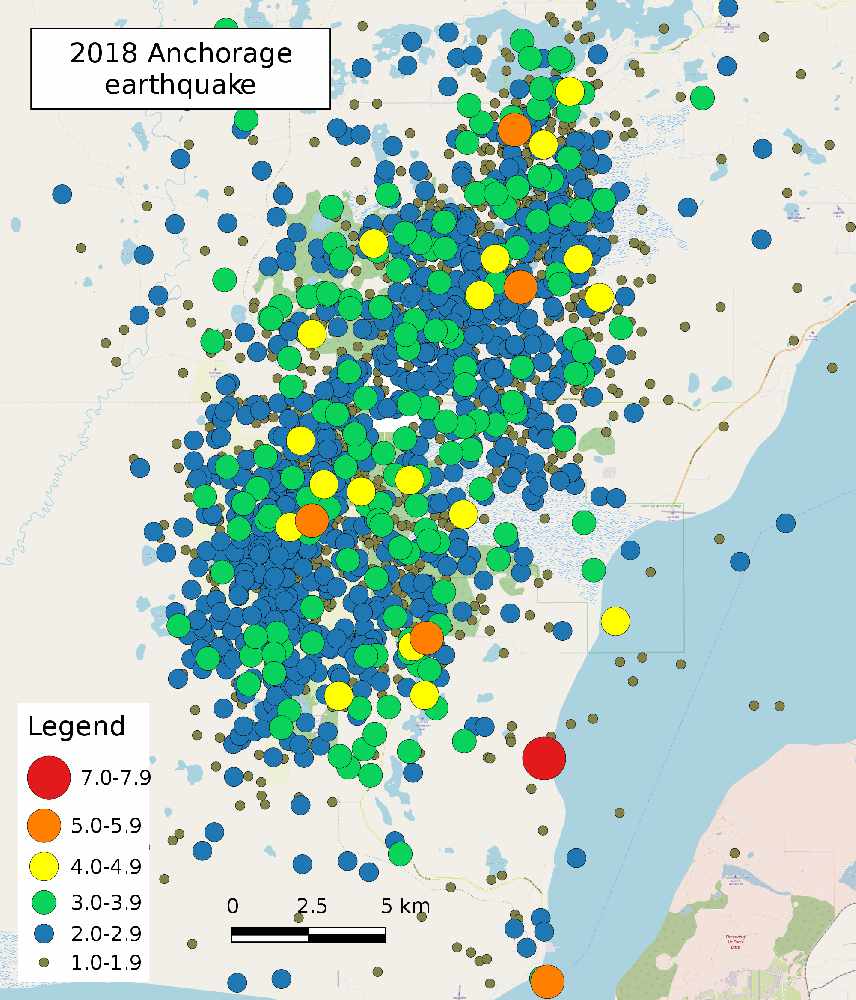 Anchorage, Alaska (AP) - The information collected is important for improvements to building codes, according to scientists.

Researchers at the University of Alaska Anchorage are expecting to gain a wealth of information from the magnitude 7.0 earthquake that rocked south-central Alaska last month.

The information collected is important for improvements to building codes, according to the scientists.

"This is actually a gold mine here for us to data mine," said Zhaohui Joey Yang, a professor and chair of UAA's Civil Engineering Department. "To learn from that, we can hopefully help to improve the building design codes to make our community even safer."

The earthquake damaged roads and structures, but it caused no widespread catastrophic damage. It has been followed by thousands of aftershocks.

Data from the quake was collected from various areas including Anchorage, Eagle River and the Matanuska-Susitna Borough.

Yang and a team funded by the National Science Foundation collected perishable geotechnical data from such sources as ground fissures, slope failures, fill around bridge abutments and building foundations.

UAA's seismic meters can record the intensity and movement of the ground shaking during an earthquake, as well as the movements of buildings.

"It's very critical to make sure our buildings have the proper design in order to stand up to the next big earthquake," Yang said.