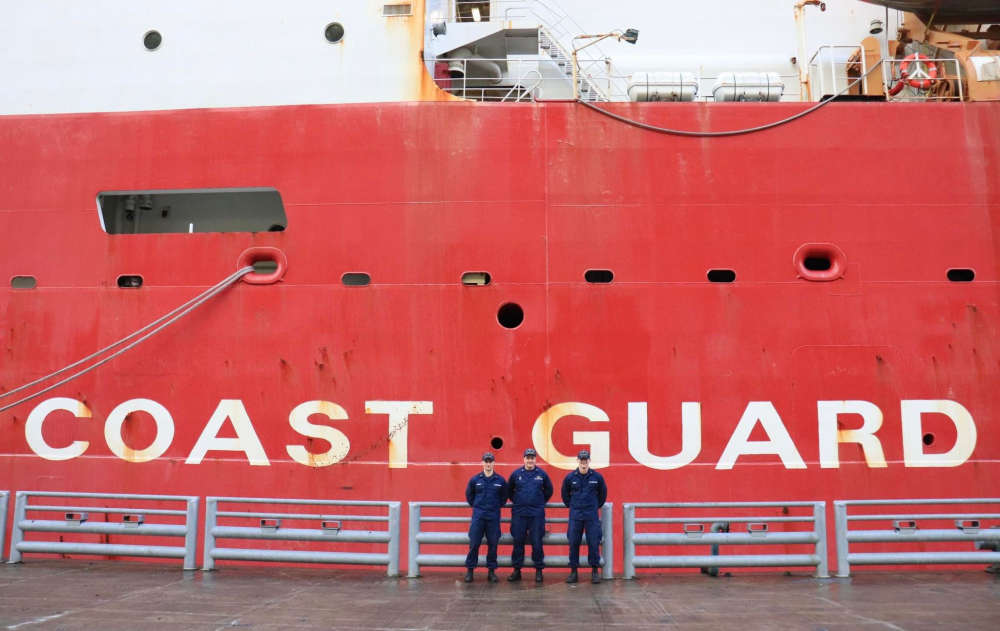 The crew’s efforts demonstrated interoperability in the Polar Region, supported U.S. security objectives, and projected an ice-capable presence in Arctic waters and the Gulf of Alaska.

“It is more important than ever before to provide security and sovereign presence in the Arctic and expand oceanographic research to understand the impacts of environmental change,” said Capt. Kenneth Boda, commanding officer of Coast Guard Cutter Healy. “The crew of Healy is proud to have completed this mission to the North Pole and back, advancing American interests across the Arctic Ocean.”

Healy’s crew traversed the ice-packed Arctic Ocean to the top of the world, reaching the geographic North Pole on September 30. This was only the second time a U.S. surface vessel had reached 90 degrees north unaccompanied.

In July and August, after a port call in Seward, Healy traveled into the Beaufort and Chukchi Seas, going as far north as 78 degrees, while supporting an Office of Naval Research-sponsored team from the University of Washington Applied Physics Department and Woods Hole Oceanographic Institution.

The embarked team worked with Healy crew to conduct various evolutions, including deploying and recovering sea gliders, underwater sensors and acoustic buoys, throughout the marginal and pack ice zones as part of the Arctic Mobile Observing System.

During transits to and from the Arctic, Healy participated in flight operations in Kotzebue Sound and off the coast of Kodiak Island with Air Station Kodiak MH-60 helicopter aircrews, conducted passing exercises with the Coast Guard Cutter Kimball, and completed patrols of the international maritime boundary line between the U.S. and Russia.

After disembarking all science personnel during a second logistics stop in Dutch Harbor at the end of October, Healy made a final port call in Juneau where friends and family of crewmembers were given the opportunity to sail on the cutter during its final underway leg through the inside passage to Seattle.

The Coast Guard provides the United States’ most active and visible surface presence in Polar Regions, and is currently recapitalizing its polar icebreaker fleet to ensure continued access to these regions in support of the Nation’s economic, commercial, maritime and national security needs.

The operational polar fleet currently includes the Healy and the Coast Guard Cutter Polar Star, a 399-foot heavy icebreaker commissioned in 1976. These cutters are designed for open-water icebreaking and feature reinforced hulls and specially angled bows.