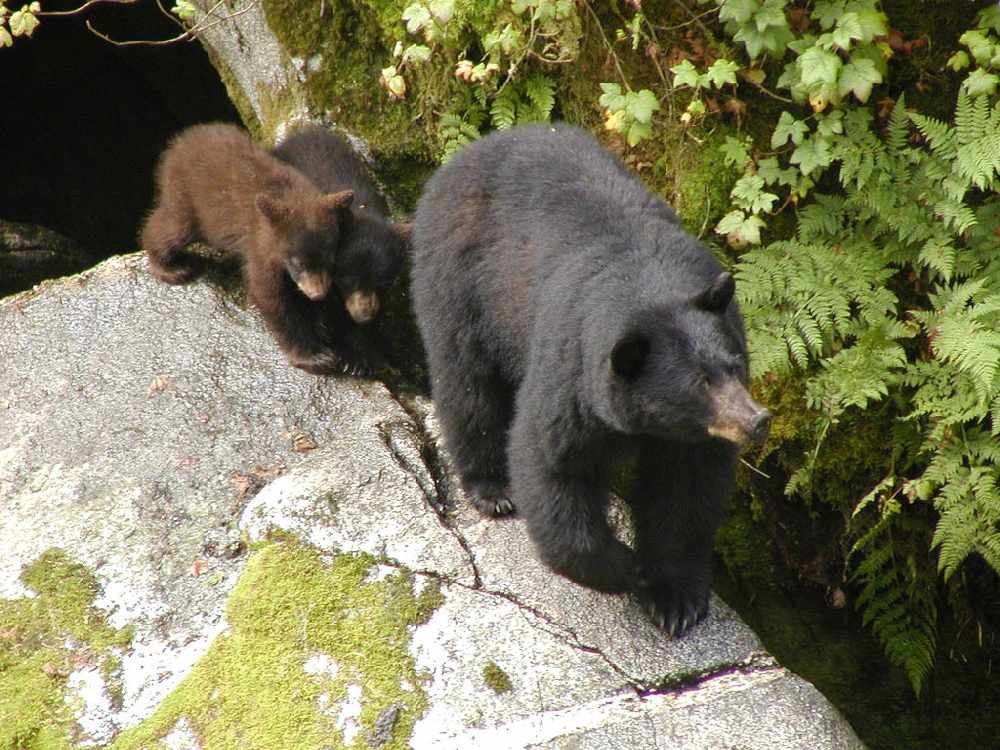 Juneau, AK (KINY) - According to a press release from the Department of Public Safety, 41-year-old Andrew Renner and 18-year-old Owen Renner of Wasilla were indicted on felony and misdemeanor charges.

The men had shot and killed a sow black bear, as well as her two cubs while they were in their den on Esther Island in Prince William Sound this past April.

Captain Rex Leath with the Department of Public Safety talked to us over the phone about this incident. He told us that there are considerable efforts being done to protect the bear population in that region.

“The black bear population in Prince William Sound has been a concern in recent years and the state has put in quite a bit of effort to try their best to monitor that population and try to promote an increase in the bear mortality rate or cubs being able to grow up to be adult bears.”

Those bears had been a part of a US Forest Service and Alaska Department of Fish & Game study. The sow bear had been collared and a motion tracking camera had been set up at the den. That camera caught the horrific acts on film, showing the men skiing to the den, Owen firing two shots at the sow, and Andrew killing the two cubs as they cried out. Andrew had then thrown the cub bodies away from the den.

Two days later, the men return to the den to pick up their shells and dispose of the bear cubs. On April 30th, Andrew brought the sow bear skin and the collar to the Alaska Department of Fish & Game in Palmer, where he reported that he killed the bear near Granite Bay on April 14th. Andrew had also reported at this time that he had not seen that the sow was a mother, also claiming that there were no cubs to be found.

Captain Leath says that acts like this poaching incident stand in antithesis to what it means to be a hunter as well as the resource management of the state.

“This is unfortunately a prime example of how even with the state's best efforts when individuals go out there and take bears legally, as well as this being fairly egregious killing cubs like this, not only undermines the complete foundation of the sportsman’s perspective on it, but it also undermines any effort by the state and the Department of Fish & Game to support that population growth.”

The vessel, vehicle used in the hunt, and hunting rifles were all seized ruing the investigation. Charges against these men include: Tampering with Physical Evidence, Unlawfully Take Female Bear with Cubs, Unlawfully Take Bear Cub x 2, Possess/Transport Illegally Taken Game x 3. A. Renner was additionally charged with Contributing to the Delinquency of a Minor and Unsworn Falsification in the Second Degree. The case number is AK18027153.

Even though there was stark video evidence of the crime, Captain Leath tells us that the investigation was still extensive.

“The case building, while the video and audio footage no doubt about it was very helpful in identifying the suspect and the crimes of hand, the subsequent investigation that into that as far as identifying the individuals, serving search warrants on the residence, find the vessel and vehicle they used to facilitate the crime, all those additional tasks that were involved, led to quite a lengthy investigation.”

“Although, there is no doubt that the initial information provided was very helpful in trying to identify the suspects.”