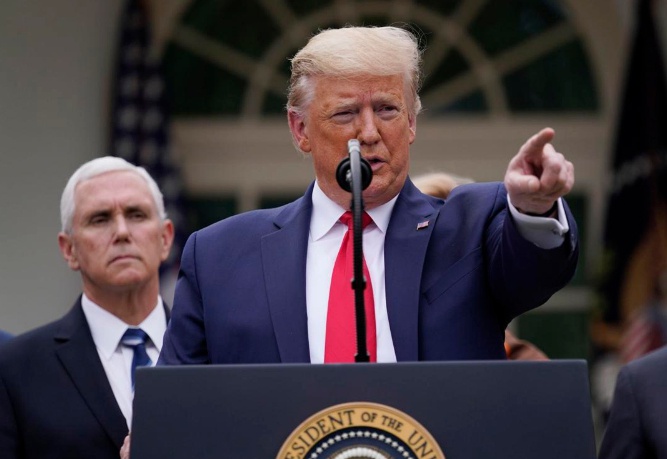 Billings Montana (AP) - The Trump administration has started giving energy companies temporary breaks on royalties they must pay for oil and gas extracted from federal lands.

The move comes because of the coronavirus pandemic, amid criticism that the move is a handout to industry and will mean less money for state and local governments.

Government data shows companies in Utah receiving steep cuts in the standard 12.5% royalty rate, to as low as 2.5% of the value of the oil and gas they produce. More reductions are expected in the coming days in other states with oil and gas activity on federal lands, primarily in the western U.S.

The Interior Department’s Bureau of Land Management said last month that royalty-rate cuts were possible if companies could show they could not successfully operate public energy leases economically or can’t maintain enough employees at drilling sites.

Half the money that comes in through royalty payments is typically disbursed to the states where the oil or gas was extracted. The payments totaled $2.9 billion nationwide in 2019, including $94 million in Utah.

The rate cuts in Utah included 76 leases on tens of thousands of acres of public lands.

All royalty relief will be temporary and last a maximum of 60 days, Bureau of Land Management spokesman Chris Tollefson said. Some elected officials and industry organizations had called for blanket relief for the industry. But the Interior Department rejected those requests and said each leaseholder must follow the longstanding process for obtaining relief.

“These laws and regulations have existed for decades and across multiple administrations,” Tollefson said. “No special circumstances have been granted.”

But environmentalists and other administration critics jumped on the cuts, with a National Wildlife Federation representative calling them a “sweetheart deal” for fossil fuel companies even as the administration seeks more money from renewable energy companies that rent federal lands.

“It is simply not fair and is one more signal that oil and gas drilling takes precedence over everything else on our public lands,” National Wildlife Federation Vice President Tracy Stone-Manning said.

How much value the relief will have for companies is not known. It will depend on the amount of fuel they extract and how many relief applications are granted going forward.

Interior’s Office of Natural Resources Revenue, which collects the royalties from companies, does not do future projections, spokesman Chris Mentasti said.