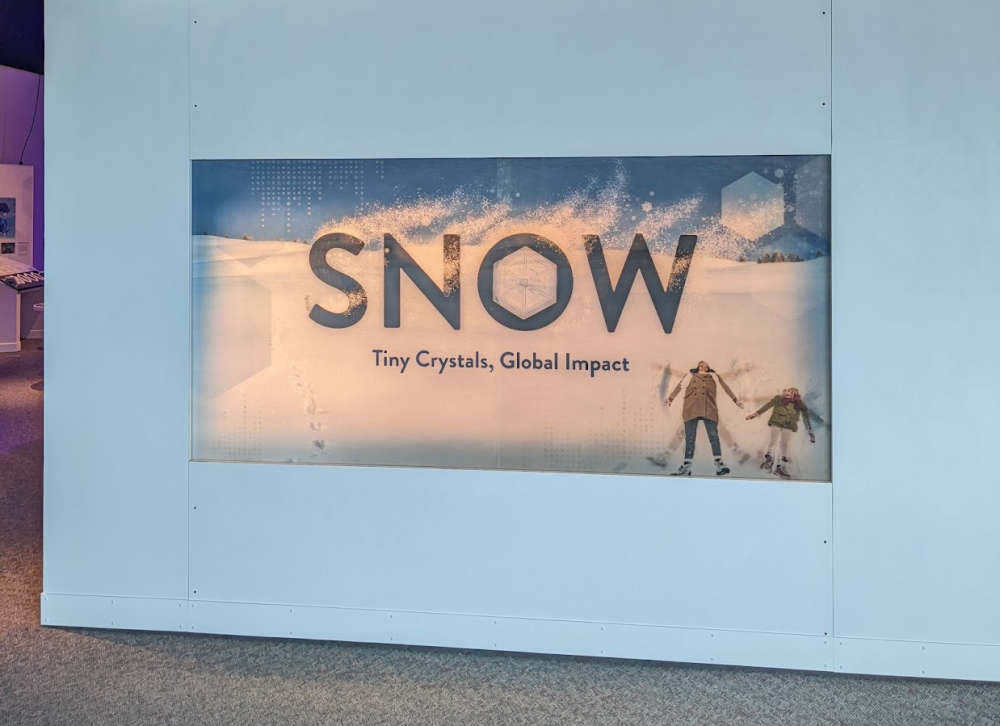 Juneau, Alaska (KINY) - Snow is a key to life on Earth, but the UAF Geophysical Institute says that snow is changing, arriving later and melting sooner, affecting life and the environment.

In a release from the University of Alaska Fairbanks, they said snow reflects up to 80% of sunlight, functioning as an essential cooling radiator for the planet. It becomes liquid water in spring to benefit crops and fill reservoirs that generate electricity.

To highlight the importance of snow, the University of Alaska Fairbanks Geophysical Institute, the Oregon Museum of Science and Industry in Portland and collaborators have created  “Snow: Tiny Crystals, Global Impact,” an interactive museum exhibit about snow and the vital role it plays in the global climate system. The traveling exhibit, which opens Feb. 1 in Oregon, is funded by the National Science Foundation.

An opening ceremony will be held 3:30-5 p.m. Feb. 1, with a program beginning at 3:50 p.m. Museum President and CEO Erin Graham and Matthew Sturm, group leader for the Snow, Ice and Permafrost Group at the UAF Geophysical Institute, will be among those speaking.
Sturm will also speak at the museum’s Science Pub at 7 p.m. Feb. 1 in the museum’s Empirical Theater. Tickets can be purchased online. A Zoom option is available as well for those who RSVP.

"Humans have a love-hate relationship with snow,” Sturm said. “We ski and snowmobile on it, but we curse it when it covers our roads, knocks out our power and cancels our airline flights. But without snow, life as we know it would not be possible on planet Earth.
“With global snow cover changing now, we developed this exhibit to make people aware of our connection to snow in a more fundamental way, because we will be adapting to those changes whether we want to or not,” he said.

“We are very pleased to collaborate again with the Geophysical Institute, especially for Matthew Sturm’s enthusiastic and expert leadership in telling the story of snow and climate,” said Victoria Coats, the snow exhibit leader for the Oregon Museum of Science and Industry. “This exhibit is a significant project at OMSI for advancing our museum-wide strategic initiative to catalyze climate and environmental action.

“Exhibitions are an essential part of climate communication in museums, and snow is a particularly familiar and appealing entry point for visitors,” she said. “We hope the exhibit will inspire climate action at every museum it visits during its national tour.”

“Snow: Tiny Crystals, Global Impact” will be at the Oregon Museum of Science and Industry through April 10, then will travel to regional museums throughout the country. The exhibit has not yet been scheduled to visit Alaska.