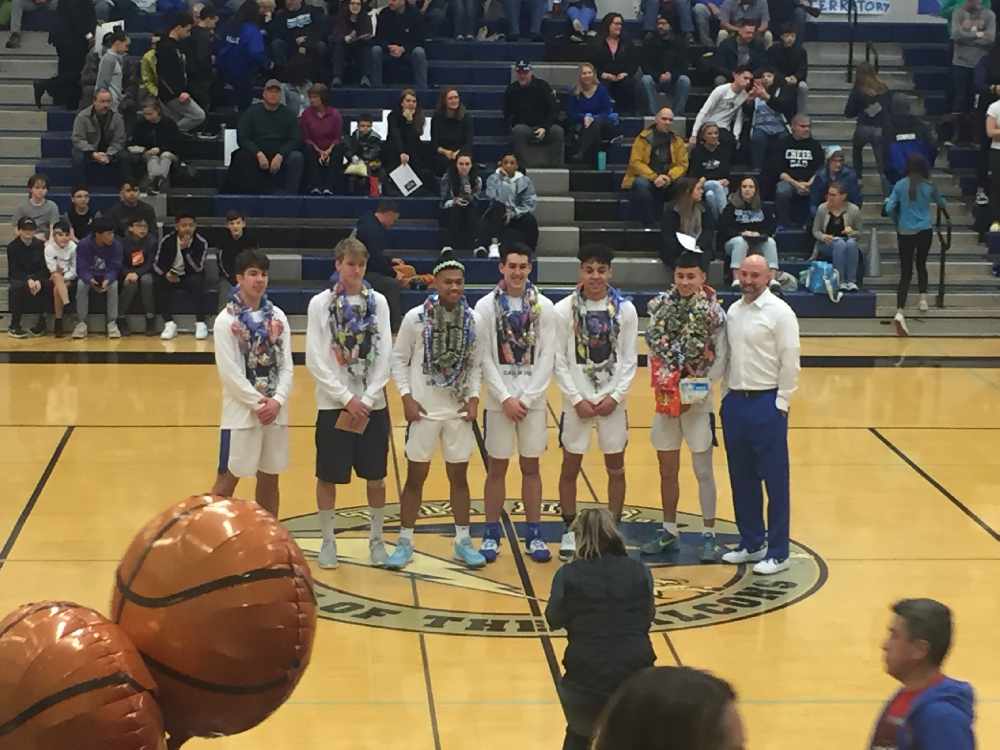 The Falcons defeated the Warriors 56-36 as senior Bryson Echiverri reeled off 14 points in the second half while being a pest on defense. The senior guard finished with 29 points, fulfilling his wish that his last home game would be a memorable one.

"It's kind of an emotional night but a hype night as well," he said. "This is our last home game, we got to put on a show for the fans and ourselves because we deserve it to ourselves."

The teamwork of the senior class has been a big reason for the Falcons' 17-6 record. The Falcons won five games in a row against Ketchikan and Juneau-Douglas over the last month, helping them secure first place in the Southeast Conference headed into the Region V Tournament.

Carandang needed just over a minute to tally his 1,000th career point in Saturday's game. He reached 999 points in the Falcons' 37-36 win over Wasilla on Friday.

The senior's jumper banked into the basket just 1:10 into the first quarter. During the next timeout, Carandang waved to the crowd at center court as the student section cheered, "Brady! Brady! Brady!"

Carandang credited his teammates for his successful career.

"I give a lot of credit to my teammates, they've helped me," Carandang said. "Kam with the rebounds, Bryson with the scoring and defense and steals, Meki with the rebounds and blocking and Jenkins with the shooting. You got to give credit to those guys. Those guys helped me a lot in my career. Made it easy for me."

Carandang reflected on how quickly time has passed since he entered the program four years ago.

"Time flies man, it's crazy, I still remember being a freshman. I was pretty nervous," he said. "But now it's just weird playing my last home game. It's an unbelievable feeling."

The Region V Tournament starts March 10-14 at JDHS. As the No. 1 seed, Thunder Mountain will play the winner of a first-round matchup between Juneau-Douglas and Ketchikan. The tournament is double elimination.