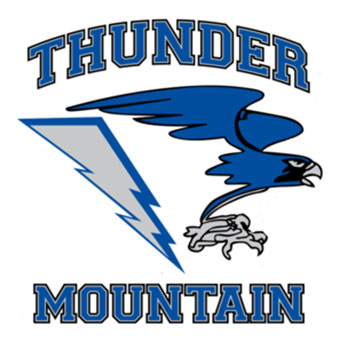 TMHS defeated Juneau-Douglas High School: Yadaat.at Kalé 41-38 in the Region V 4A championship game before a standing-room-only crowd at JDHS.

The Southeast champions may not advance to the state tournament. The Alaska School Activities Association announced Wednesday the state basketball tournaments will be postponed or canceled due to the growing threat of the coronavirus.

"So proud of my guys, I truly am," TMHS coach John Blasco said. "These guys put in so much work and trusted in each other and they believe in each other all the way through the end. I'm so proud they were able to grind it out."

"Not knowing what's next with (the) state (tournament) being postponed, I told the guys the reality is this could be your last game of your season and you could feel the tension. But they just truly did not want to lose."

TMHS defeated JDHS on Wednesday night in the second round of the tournament, but JDHS bounced back Thursday with an inspiring overtime win against Ketchikan. The game was seconds away from heading to a second overtime when Kriegmont got off a game-winning jumper from the free-throw line.

Friday's game was similarly close throughout.

Both teams scored just 18 points in the opening two quarters, turning the ball over numerous times and missing open shots.

TMHS took an eight-point lead in the third quarter but JDHS cut it to one early in the fourth.

Echiverri answered right back, scoring seven points in a row for the Falcons beginning around 5:00 of the fourth, converting contested jump shots and layups.

"I thought Bryson made a couple really tough, key shots for us, Braden (Jenkins) made a key 3 for us and then getting Brady to the (foul) line, I just think those were all big plays for us," Blasco said.

Down 41-38, the Crimson Bears had time for one final desperation shot with 2.6 seconds to go. The Falcons prevented them from getting the shot off in time though.

Undefeated in the tournament, the Falcons would’ve received a second shot at the Region V crown in a Saturday rematch.

It was the fourth consecutive day of basketball for JDHS (10-18), who managed to make it to the championship game despite being the No. 3 seed after finishing in the last place in the Southeast Conference with a 2-6 record.