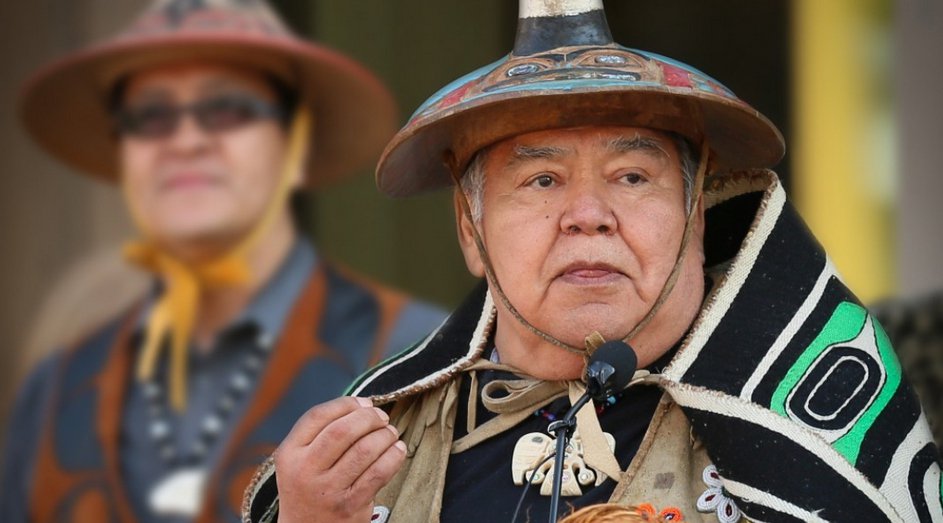 Juneau, Alaska (KINY) - David Katzeek, a respected Tlingit elder, mentor, and clan leader of the Shangukeidí, has passed away.

Katzeek was born in Klukwan in November 1942 to Anna and George J. Katzeek. He was a Chilkat Eagle Tlingit of the Shangukeidí Clan from the Thunderbird House, the House Lowered by the Sun, and the Tree Bark House in Chilkat Kwáan Klukwan, and a child of the Gaanaxteidí Clan.

Katzeek moved to Juneau in 1948 and worked from 1969 to 1982 in business and finance as a Chief Auditor and Financial Officer for the City & Borough of Juneau.

With the establishment of Sealaska Heritage Institute in 1982, Katzeek became its first President, a position he held until 1992.

In his later years, he devoted much of his time to providing cultural education to K-12 students in the Juneau School District.