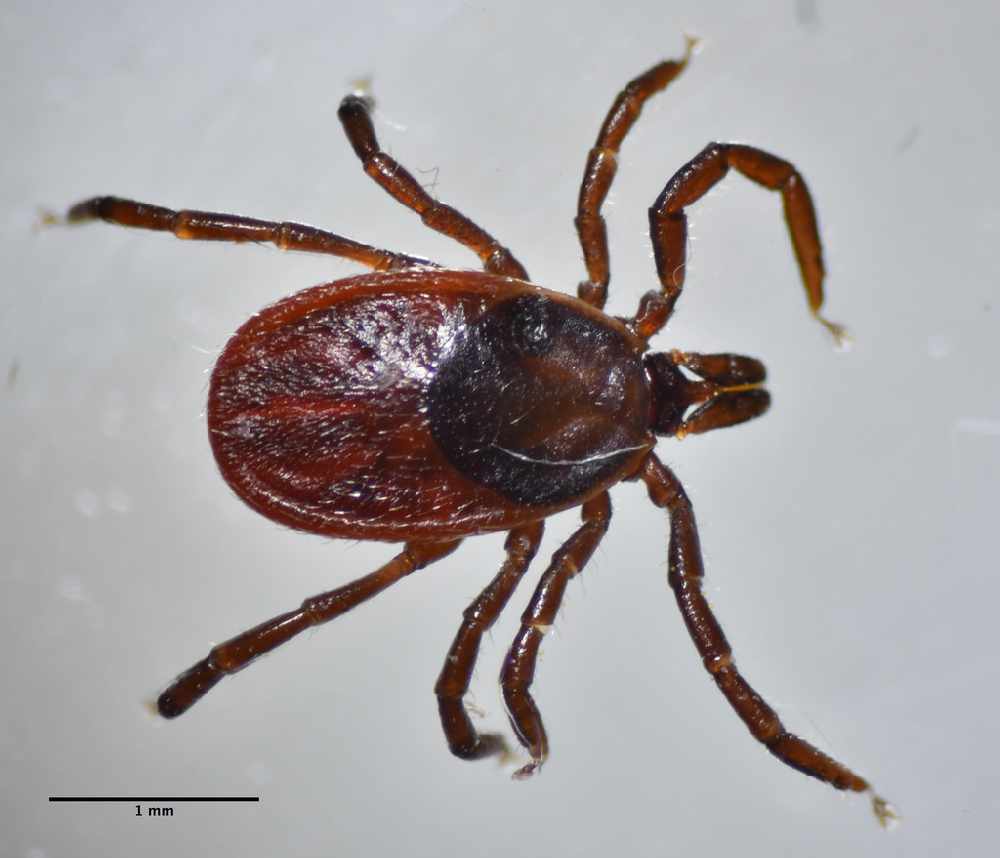 Photo of a Western Black-legged tick

ANCHORAGE, Alaska (AP) — Health and wildlife officials are taking steps to prepare for potentially dangerous parasites that could gain a foothold because of Alaska's warming climate.

Non-native ticks represent a threat to wildlife and people because they can carry and transmit pathogens, said Micah Hahn, an assistant professor of environmental health with the Institute for Circumpolar Health Studies at the University of Alaska Anchorage.

"Things are changing really rapidly in Alaska," she said. "It's really important for us to establish a baseline. We need to know what ticks are already here, what ticks are established and reproducing, and where they are, so that we can monitor these changes as the environment changes in the future."

A $125,000 grant from the National Institutes of Health will help sample ticks and prepare a model to forecast where ticks could thrive, she said Tuesday in a presentation to the Local Environmental Observer network, whose members report unusual animal, environment and weather events.

Researchers will look for ticks in the field. Researchers, wildlife officials, and the state veterinary office also are encouraging biologists and the public to participate in a "Submit-a-Tick" program, in which they pluck blood-sucking arachnids from people and pets, drop them off at Department of Fish and Game offices and fill out a form with details of their capture.

Alaska is largely free of many pests that bedevil people elsewhere, from snakes to creepy-crawly insects. Alaska's handful of native ticks attach themselves to squirrels, snowshoe hares and wild birds and sometimes moose, dogs, or cats, but no one buys bug repellent or tick collars to keep them at bay.

However, the Alaska Department of Fish and Game nearly a decade ago began to collect tick samples out of concern that moose ticks, which can kill moose, especially calves, could establish themselves in Alaska.

"We are nervous that it's very close to our border," Hahn said.

The search for moose ticks led to the recovery of a variety of non-native ticks, she said. Most were associated with travel outside the state. Researchers believe they hitch rides on people and pets but also migratory birds.

In some cases, non-native brown dog ticks and American dog ticks were found by people who had not left the state in months, Hahn said. "The question is, where did that tick come from?"

Officials have created an online Alaska tick information page with instructions on how to collect ticks. Researchers will use data collected to create a model focused on two nonnative ticks of concern, black-legged ticks and western black-legged ticks. Both can transmit Lyme disease. Ten Alaskans reported Lyme disease in 2017 but all were exposed in other states.

Just because non-native ticks reach Alaska, it doesn't mean they will survive, Hahn said. Some ticks are vulnerable to dry conditions or harsh winters. The models will coordinate tick sampling information with environmental conditions in Alaska, such as humidity, temperature and rainfall, to project where non-native ticks might thrive in future decades as climate conditions change.

Alaska doctors and veterinarians don't now automatically consider a connection to ticks if a person or pet shows up for treatment and has not traveled, Hahn said.

"If we know what species are here, and where they are in the state, it can help us develop control measures to make sure we stay on top of the problem," Hahn said.