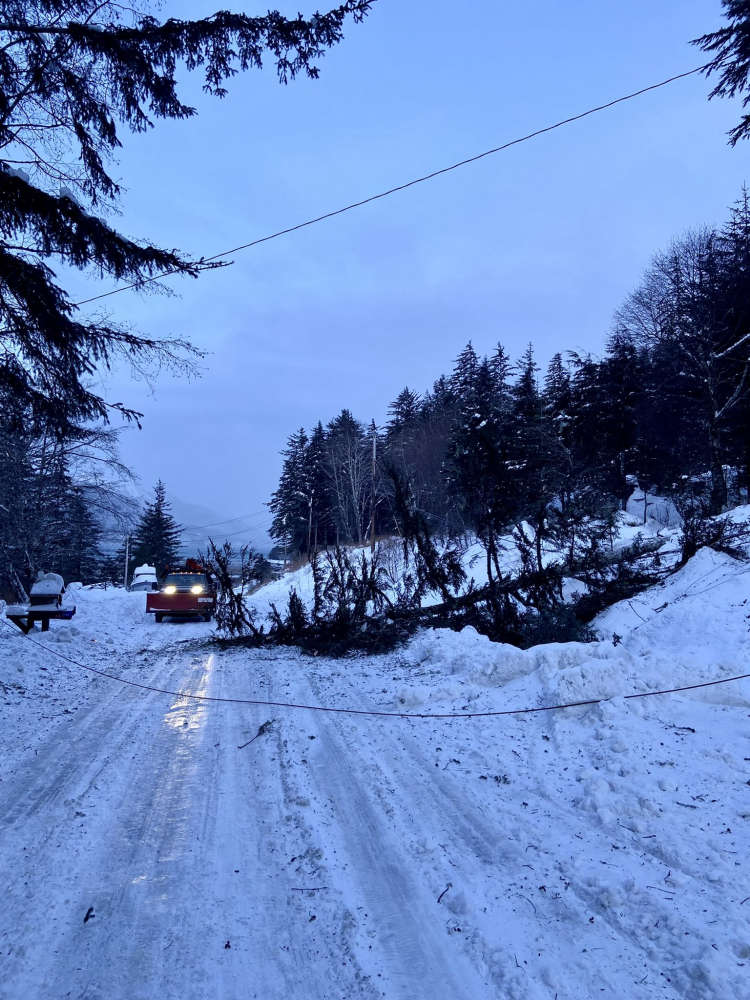 Juneau, Alaska (KINY) - With an outage impacting Thane residents since about 10 p.m. Sunday, the Alaska Department of Transportation says they have cleared a path for AEL&P to respond.

Debbie Driscoll, AEL&P Vice President and Director of Consumer Affairs, said the outage occurred at about 10 last night and they had determined that it was not safe to attempt to access the area in the dark.

DOT spokesperson Sam Dapcevich said Monday morning they were able to clear a path for AEL&P to get to Thane road but said the avalanche hazard still remains high and the road remains closed.

With a path now open though, Driscoll said their crew has been able to gain access to the area.

"A tree came down and took three spans of line down, so the crews on site right now, it will be a few hours before those repairs are complete, I anticipate that it's likely there are other trees down."

If there are those who are still without power, she said customers will need to call their after-hour line at 907-586-2357 so they can make sure that their crews can respond.

"It's important that folks report the outage to the after-hours number instead of reporting it to social media because that allows us to be able to track them and dispatch the issues without losing track of any of them. So that's why we asked folks to please call the outage number."

DOT said their Maintenance & Operations will reassess conditions at noon and provide an update at that time.