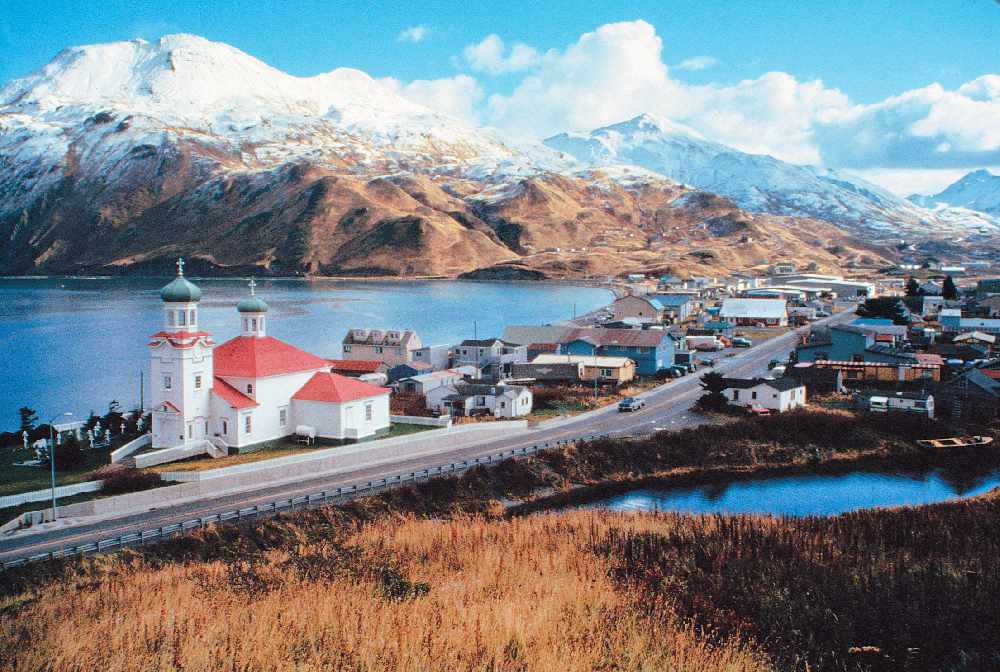 A view of Unalaska.

The pickup was on a mountain road early Thursday afternoon on Unalaska Island and it fell 900 feet to the ocean shoreline, the city of Unalaska said in an announcement Friday. The 18-year-old driver, Dustin Ruckman, survived.

The crash killed Karly MacDonald, 16, and Kiara Renteria, 17. All three were students at Unalaska High School.

Ruckman is a high school senior. Renteria also was a senior and McDonald was a junior.

Unalaska is the largest city in the Aleutians, the chain of islands that juts west from southwest Alaska. The city is home to Dutch Harbor, the country's largest fishing port by volume.

The port 800 miles southwest of Anchorage is home for much of the Bering Sea fleet and the landing port for Alaska pollock, a fish widely used in mass-produced food products such as fish sticks.

Police have not determined the cause of the crash and an investigation is continuing.

Ruckman told police he climbed back to the road, ran and flagged another driver, who called 911.

The crash set off a flurry of activity by emergency responders, who faced a severe challenge in reaching the girls. Police personnel announced they were responding to an "active situation" but gave no indication of the nature of the emergency.

Harbor officers approached the crash scene from the water but found no immediate landing site. Emergency responders on the road faced a steep, rough descent.

"Responders searched the ravine at great personal risk from above and below for a long while looking for MacDonald and Renteria before finding their bodies some distance apart where each had been thrown as the truck broke into pieces on its way down the mountain," the city said.

The girls were declared dead at about 5 p.m. but their bodies could not be immediately recovered. A recovery operation was scheduled for Friday.