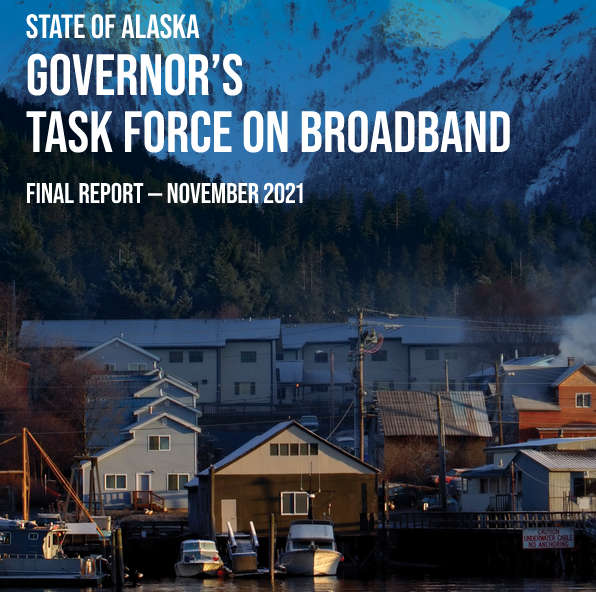 Juneau, Alaska (KINY) - Governor Dunleavy's 14-member Task Force on Broadband released a report with recommendations, the vision of the report focuses on the state facilitating access to the benefits of broadband internet.

The Broadband Task Force has been meeting since July.

The Task Force consisted of Alaska Native leaders, local government officials, urban and rural business leaders, State legislators, rural healthcare representatives, a rural school district superintendent, the telecommunications industry, the Commissioner of the Department of Education and Early Childhood Development, the Commissioner of the Department of Commerce, Community, and Economic Development, and several other participants.

“The task force members are an incredibly diverse group of stakeholders who produced a comprehensive report on how Alaska can close the digital divide,” said Alaska Governor Mike Dunleavy.

According to a release from the Governor's office, the report’s timing coincides with the news of potentially $1 billion to $1.5 billion in funding coming to the State of Alaska for broadband from the recent adoption of the federal infrastructure act.

The vision of the report is “to make it possible for every Alaskan to participate and be competitive in the global community by facilitating access to the full benefits of broadband with improved quality of service and lower costs.”

In the report, the list of recommendations includes: focus on bringing every Alaskan’s home internet bandwidth to at least 100 Mbps download speed and 20 Mbps upload speeds, and to create an Office of Broadband within the State of Alaska, focused on the deployment of broadband infrastructure funding to build out Alaska’s networks and ensure broadband access and digital equity.

The COVID-19 pandemic has highlighted the urgent need for reliable, high-speed connectivity. Last May, Governor Dunleavy issued an administrative order that established the Broadband Task Force to provide recommendations that assist in the buildout of broadband networks in Alaska.

“We thank the people of Alaska and all the stakeholders for their involvement,” said Governor Dunleavy. “And now the work of connecting every Alaskan begins.”