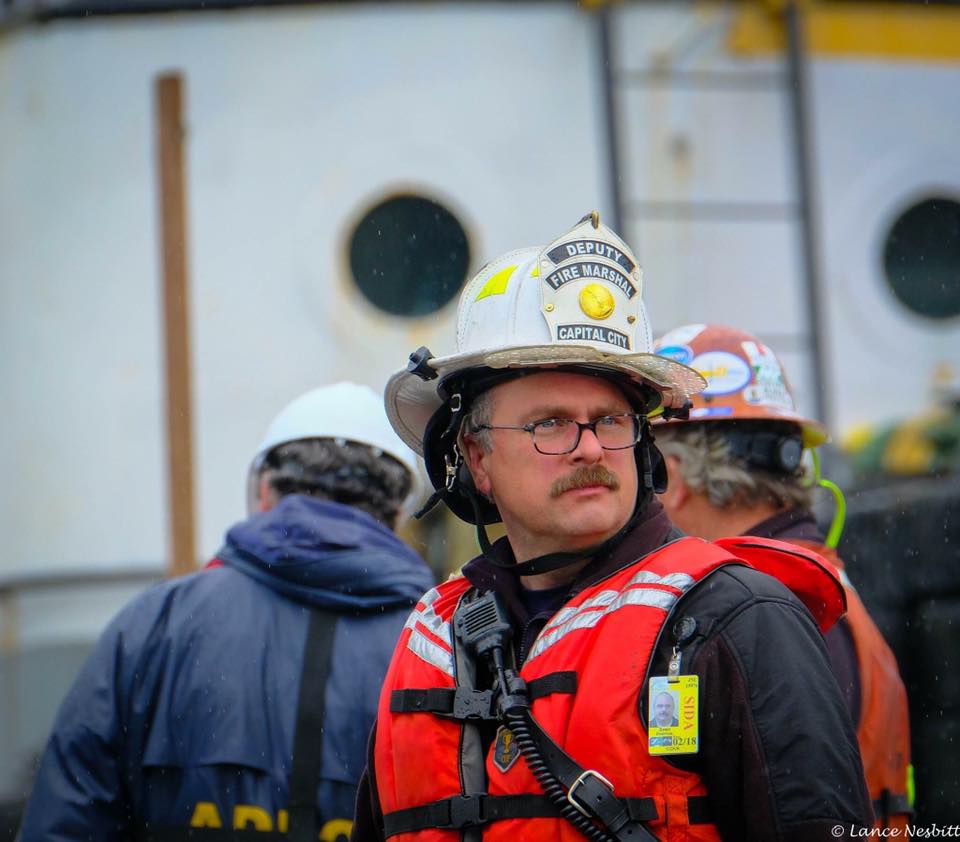 Pearson joined CCFR in 1988 in the Auke Bay District as he volunteered at the Glacier Fire Station.

He went on to generate interest in fire investigations after he asked what his colleagues were doing after a late-night fire.

"I saw a couple of guys looking at the burnt char from the fire and asked them what are you guys doing.  They told me were figuring out how the fire started.  It kind of fascinated me because it was like putting together a puzzle.  I really got into the fire investigations, attended the national fire academy, and went on a track of arsons and fire investigations."

Pearson said it has been a great career and he recommends it to young people looking for a fun, exciting career.

He noted when he first started there were five different departments in the community.  The community decided to consolidate the departments.  He noted that included some growing pains as people had to step down or step aside from leadership roles.

He said CCFR has become more efficient over the years.  He noted firemen also got to specialize in different teams.

He said the one fire that remains in his memory over the years is the Gastineau Apartment fire.  He noted just weeks before the blaze, he conducted a fire inspection of the facility and noticed some violations.  Those violations included making sure the fire doors operated and were not blocked in any way.  He said that ended up saving lives.

Pearson plans to live in Hyder with his wife.  They plan to fish, garden, and roast coffee.