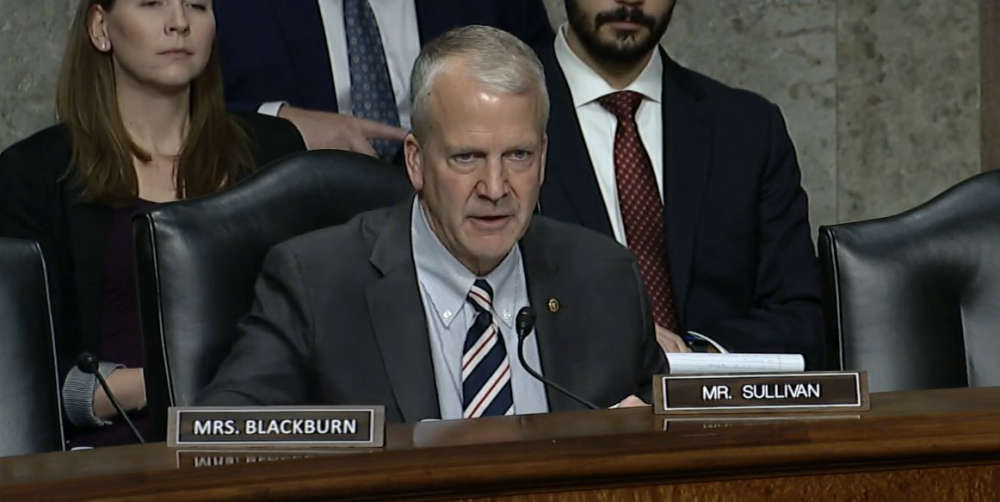 U.S Senator Dan Sullivan, a member of the Senate Veterans Affairs Committee, criticized some of his committee colleagues in an SVAC hearing Wednesday for enabling predatory trial lawyers to charge sick Marines exorbitant fees in court cases related to water contamination at Marine Corps Base Camp Lejeune in North Carolina.

Impacted Marines are able to seek compensation for service-related toxic exposure as a result of the Camp Lejeune Justice Act, which became law in August in the larger Honoring our Promise to Address Comprehensive Toxics (PACT) Act.

Since the passage of the law, trial lawyers across the country have unleashed hundreds of millions of dollars in television ads and social media campaigns seeking out Marines for Camp Lejeune-related cases.

"There's going to be billions of dollars going to these predatory law firms at the expense of United States Marine," said Sen. Sullivan. "This was predicted. This is now happening. The American Legion is raising the alarm bell. The VA is raising the alarm bell. The Biden administration Justice Department raised the alarm bell. And, unfortunately, the Senate Veterans Affairs Committee didn't do anything. As a matter of fact, some of you guys blocked it. So we need to fix it and I want to work with the VA and the Justice Department to fix it. But U.S. Marines who are sick should not have to go begging unscrupulous trial lawyers who are going to take all of the money...This is despicable. We have to fix it."

During deliberations on the PACT Act, an amendment was offered to cap the filing and contingency fees charged by trial lawyers in Camp Lejeune cases, but the amendment was blocked by Senate Democrats. Sen. Sullivan announced he will soon introduce legislation protecting Marines and their families.

"I'm going to resubmit the Inhofe legislation and I'm going to try to 'UC' it, and I hope every senator on this committee supports it because it is sickening to enrich trial lawyers at the expense of sick United States Marine. As a Marine, I take a little bit of umbrage about this," Sen. Sullivan added.

Sen. Sullivan noted that the Biden administration Justice Department had provided technical guidance warning committee members about the risk of trial lawyers taking advantage of unsuspecting Marines if a fee cap was not included. Additionally, the American Legion passed a resolution in October asking Congress to pass legislation capping the fees.