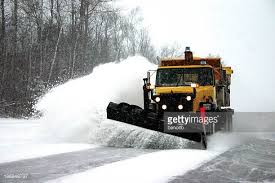 Juneau, Alaska (KINY) - The snowstorm brought varying amounts around the City and Borough of Juneau and Southeast Alaska.

Meteorologist Rick Fritsch in the Juneau Forecast Office said they received 10 point 4 inches at their location on Back Loop Road.  Over 13 inches was recorded atop Cordova Street in West Juneau.  The number at the airport was not that high because winds there were blowing the snow off their measuring boards.  So only 4 point 2 inches were recorded at the airport as a result.  Auke Bay reported 6 point 5 inches.

There were greater amounts recorded in other Southeast locations including Petersburg which measured 15 point 8 inches.  Hyder in southern Southeast Alaska had 30 inches, according to the forecaster.

A high wind warning issued to commence midnight Saturday is in effect now until 9 Monday evening.  "So we have all this snow fresh on the ground, Fritsch said.  "The high winds are going to whip up and the blowing snow is probably going to cause visibility issues."

We asked what kind of wind chill temperatures might come into play.   He said even though really strong air will be coming down from the interior of Canada, Yukon, and the Northwest Territories, it's not actually going to be frigid cold because of those Taku winds.  "The winds going to come downhill from Mt. Roberts and as it comes downhill it compresses and it warms up so it's not going to be as cold as say what things are going to look like at White Pass.  We have a wind chill warning out for as low as 40 below zero at White Pass."  White Pass is on the Klondike Highway where you cross the border.

Northeast winds 35 to 45 miles per hour with gusts up to 65 are expected. Fritsch says Lucky Me south of Juneau down Gastineau Channel might see up to 70-mile gusts.

Temperatures will become frigid later in the week, according to Fritsch.   "We're expecting negative numbers back here in the Valley, near zero at the airport and down to 14 in downtown Juneau.

The forecast for Monday night calls for 15 below in the Mendenhall Valley, minus eight at the airport and five above zero downtown.