Southeast Conference gives $20K in support of scholarships at UAS 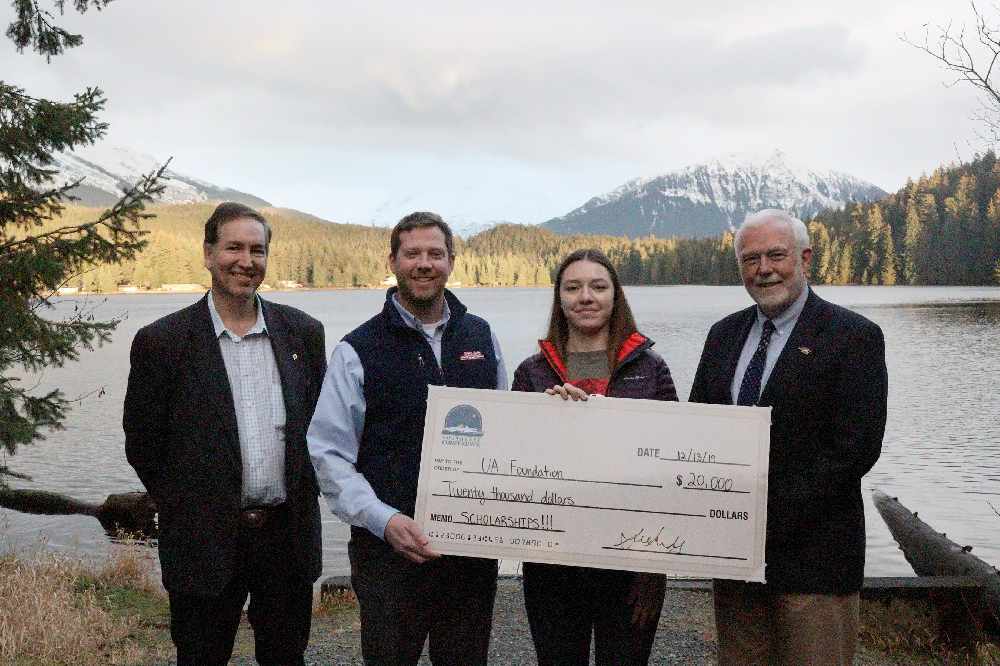 Juneau, Alaska (KINY) - Southeast Conference has contributed another $20,000 to a scholarship endowment for University of Alaska Southeast students in the coming academic year.

Southeast Conference Executive Director Robert Venables is enthusiastic about continuing their efforts even as the university faces the challenge of continued budget cuts.

“Of all the amazing resources we have here that surround us in Southeast Alaska, the most valuable are our students,” says Venables, “We are very proud to support them and the University of Alaska Southeast.”

The organization has awarded 170 scholarships to UAS students. This year Marina Ogai was one of the four selected. Ogai is working on a Bachelor of Arts in Social Science with a primary concentration in Economics. She moved to Alaska from Russia when she was just ten years old. She learned English while helping her single mom care for the family and now is a first-generation college student. She says earning the scholarship has inspired her to give back to Juneau, a community that she loves and cherishes.

The current board president for Southeast Conference is Alec Mesdag, who is the Vice President and Director of Energy Services for AEL&P. Not only does AEL&P support UAS as members of Southeast Conference but their parent company Avista established a separate scholarship with a $50,000 contribution in 2015 when they acquired AEL&P.

Mesdag remarked, “It’s important for AEL&P and Southeast Conference to support UAS because we understand how important it is for these students to be able to complete their education and contribute to our communities and our businesses.”

Students enrolled at UAS are encouraged to apply for scholarships by February 15th for the next academic year. Students can be considered for every eligible award within the UA system by completing the online application at alaska.academicworks.com.  Donations to any UAS scholarship can be made at engage.alaska.edu/UAS.