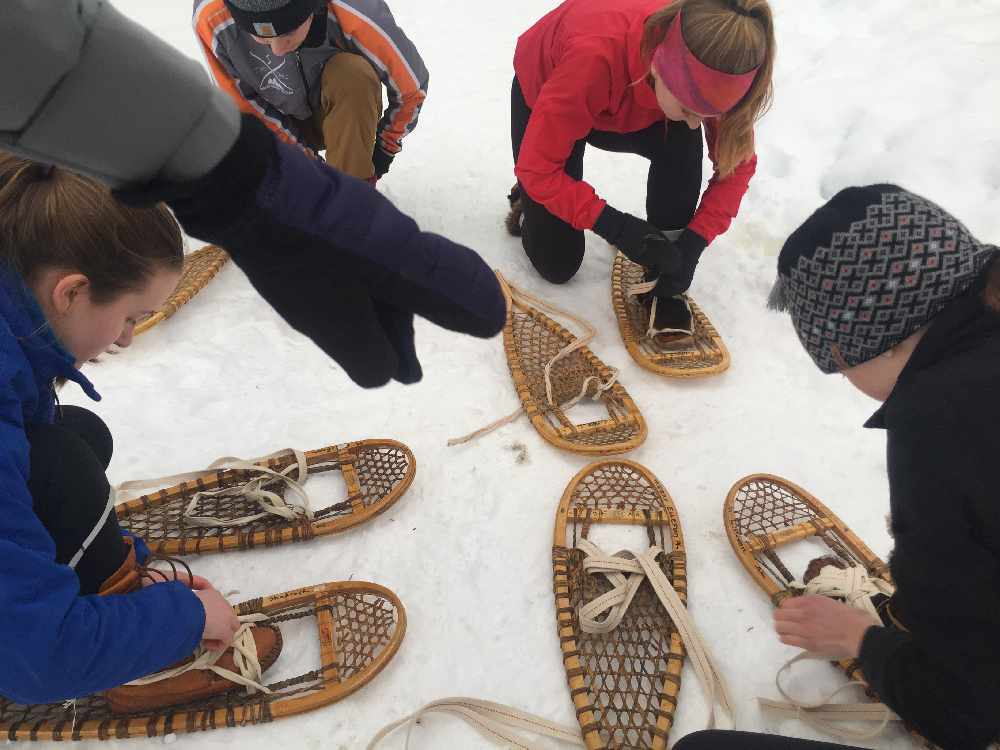 Juneau, Alaska (KINY) - The Arctic Winter Games will be hosted this month in nearby Whitehorse, Yukon, and over 30 Southeast athletes and coaches will compete as members of Team Alaska.

"After doing it (two years ago), I was like, 'OK, I got to come back,' because it's just so much fun and you meet so many cool people," McTague said. "It's just a lot of fun and I still am in contact with some of the girls on the Russian snowshoe team. It's really neat."

Others like MacDonald will be brand new to the Games. MacDonald, 14, said she's been snowshoeing most of her life. But this was the middle schooler's first winter on traditional snowshoes made of wood and sinew.

"The whole structure of these snowshoes is totally different, the tying, all that stuff," MacDonald said. "It's really cool but it was a really big shift."

MacDonald said she's excited to mingle with athletes from all over the world. The Games features teams from the United States, Canada, Greenland, Scandinavia and Russia.

"I'm most looking forward to meeting people from different places and snowshoeing in different terrain," she said.

There will be four snowshoe events: long distance, short/middle distance, relay and a combined event.