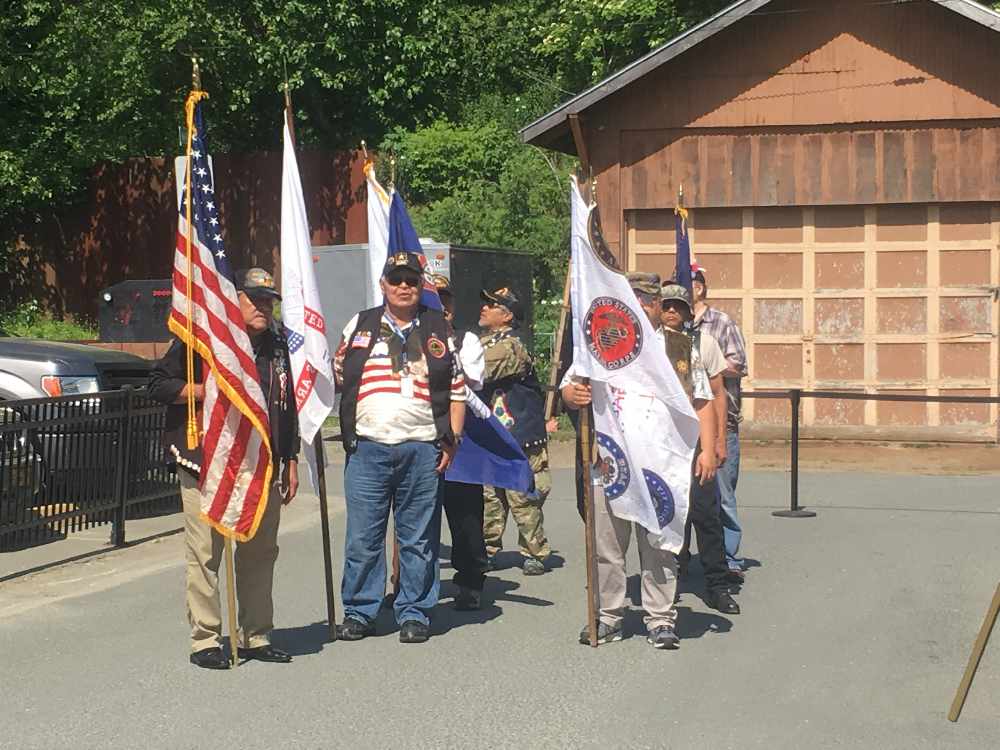 Juneau, Alaska (KINY) - 13 names of southeast Alaska veterans who died serving the nation were read at a ceremony at the Southeast Alaska Native Veterans Memorial Park.

Commander Ozzie Sheakley said the ceremony is about the men who never came back home, "Guys who gave their life for the country.  We only lost about a dozen in battle in all of southeast, so we were lucky."

Chaplin Edward Kunz of the National Guard and Senator Jesse Kiehl made special remarks at the ceremony.

Ray Wilson, a Korean veteran of the US Army laid a wreath to honor those that lost their lives.