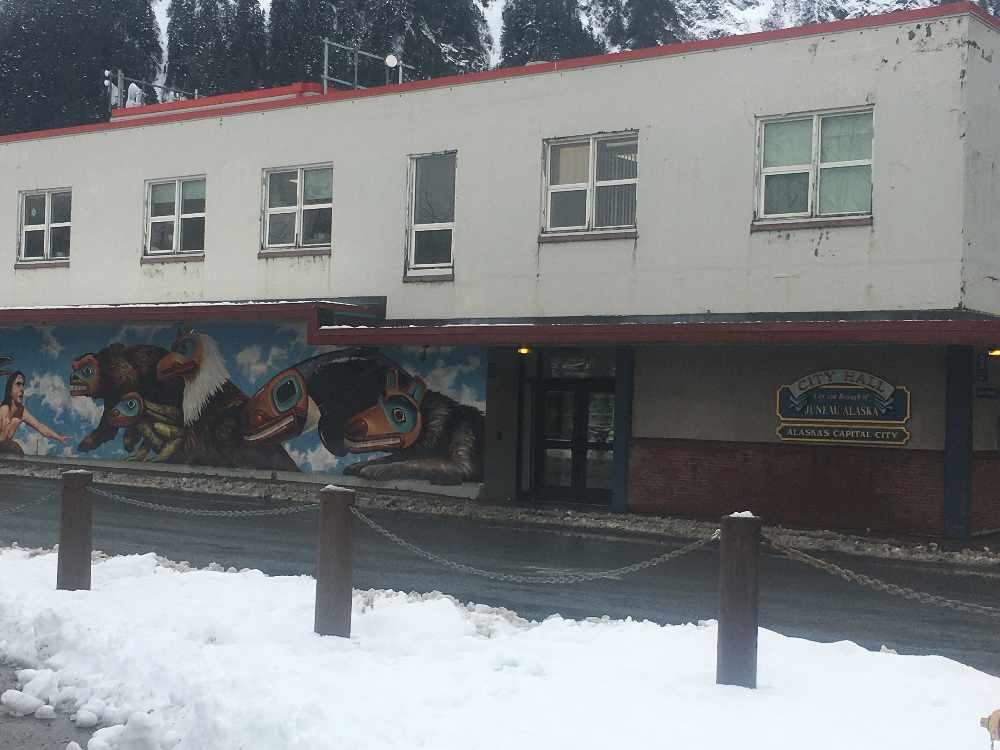 Juneau, Alaska (KINY) - With Juneau getting its first brush with snow, News of the North spoke with Public Works Director Katie Koester about the cities preparedness for the upcoming winter.

On Wednesday Juneau got a winter weather advisory that spanned that night and goes on to Thursday afternoon. Koester was asked what public works has in their fleet, and what it takes to clear the snow.

"As a whole, a lot of heavy equipment and light duty equipment to clear the snow in general. The snow here is really wet and heavy. So that actually makes it unique to kind of further up north we've got that light fluffy snow. So we run a greater downtown. We have these phenomenal snowblowers I'm sure you've seen them they're just like these huge pieces of equipment that that blow snow," she said. "You have to plow the snow pile the snow. That's our first priority, right to get people to work to make sure emergency vehicles can access. And then if we've got a little bit of a break, we start removing the snow. And that's when the snow blowers blow the snow into the dump trucks. And we haul it off to one of our snow storage sites. You know, in the valley, you can do a lot more light duty vehicles, just because it's a little more flat. But a lot of the same routine where you're just trying to open up those roads as quickly as possible so people can get where they need to get.

The city has an interactive map online that shows which streets are considered 1st, 2nd or 3rd priority. Koester said they are experiencing staffing shortages.

"Unfortunately we are down equipment operators. We're down two equipment operators for the valley crew, and three for the downtown crew. So you know, we're operating at about three quarter percent here for the winter. Just like every industry, every small business out there, we're experiencing staffing shortages. I will commend the assembly after last year's, large snowfall, they did add two seasonal equipment operators, and two full time laborers to our staff to be able to handle those large snow loads. So we just can't find the people," she explained. "What that means is our guys are going to be working around the clock, it means that our supervisors are going to have their butts in a seat behind a plow, and they'll just be working really hard to keep those roads open, it might mean that it takes a little longer to get to those secondary roads, and even when the guys are moving fast, they're just trying to open the roads up as quickly as possible.. I would just ask for patience from the public."

Koester said the city does not do snowberm clearing.

"It's the responsibility of the homeowner to clear their berm, and I know this is a hardship for many who might not be able to do that, but there are pieces of equipment in other parts of the state, and this is where it gets back to the kind of nature of our snow being really heavy and the nature of our roads being more densely populated, so we've got a lot more driveways, mailboxes, things going on, and so you'll see, I don't know maybe like if you Google Minnesota or something, you'll see these snow gates where the operators can lift their plow when they go by driveways to not have to leave a berm, and we have tried that in Juneau some time ago, and it just doesn't work because of not only the nature of our snow being heavy, so it kind of throws the snow back and just doesn't work. We also have, if you've ever driven around downtown Juneau, really tight and narrow streets. Our streets, many of them were designed almost 100 years ago downtown and so they're really tight, and it's really quite beautiful to see these equipment operators operate these heavy pieces of equipment so skillfully through these narrow streets. So I just want to commend the guys for that, but I totally empathize with with berms and what I can do mostly as hope for hope for a light snow winter. I know the skiers aren't hoping for that. but I am hoping for that."