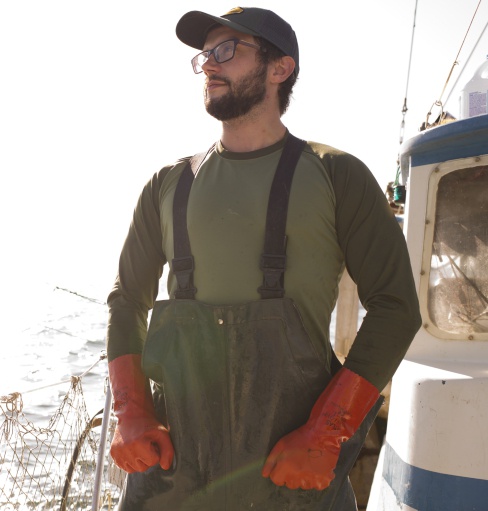 Sitka, Alaska (KINY) - The Alaska Food Policy Council announced three winners of its Alaska Food Hero Award on Friday during a ceremony at the Alaska Food Festival and Conference.

They were among 17 people or organizations nominated for the award by community members around the state.

The three winners received a glass plaque and a homemade quilt featuring the Alaska Food Policy Council logo made by AFPC governing board member Mel Sikes of Fairbanks.

Skeele grew up fishing the summers in the small rural Southeast Alaska community of Port Alexander with his family. As a young troller, he connected with Nic Mink, the other co-founder of Sitka Salmon Shares. Together, they co-founded a company that is transforming small-scale, community-based fisheries in Alaska.

Since 2011, Skeele has given most of his life to growing Sitka Salmon Shares and has been a key force in growing the company from an idea to the largest community-supported fishery in the country. He has invested countless hours in all aspects of the company's growth and developing stronger markets for an increasing number of fishermen through a completely direct- to- consumer, domestic market.

During a time when global and domestic markets have collapsed due to trade wars and COVID-19, Sitka Salmon Shares is delivering more than 20% over the dock price to fishermen owners — which translated in 2020 to hundreds of thousands of dollars in additional income in the pockets of local Sitka fishermen.