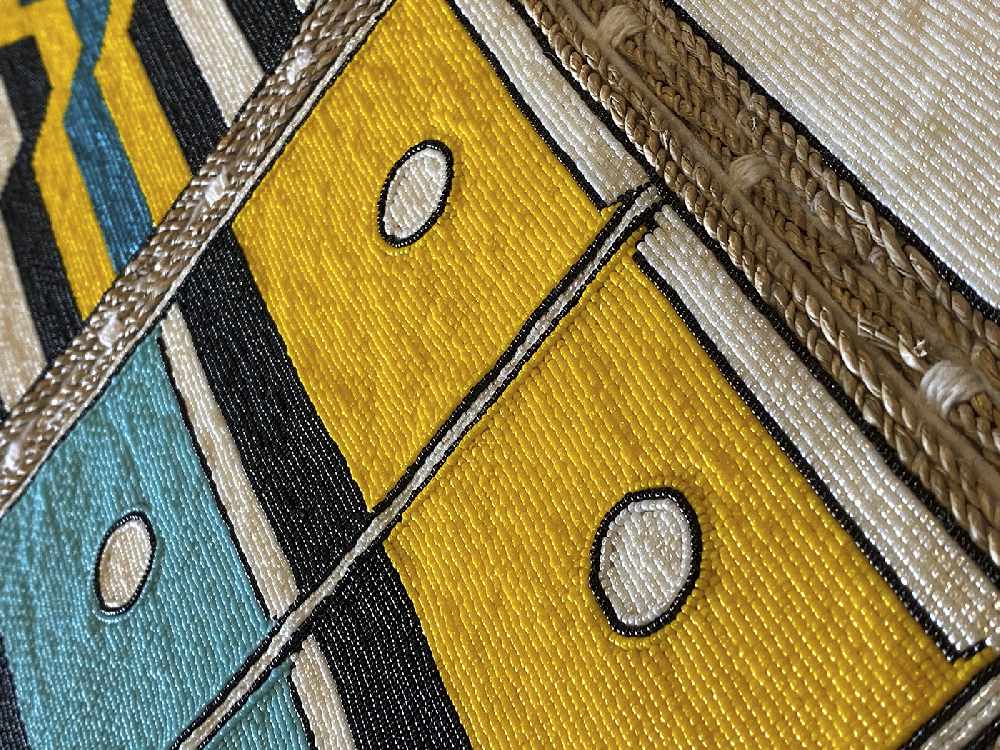 “The coloring/patina of the metal is innovative and is an appealing attribute.  Angles are nice and flowing. The treated copper has a stunning effect,” they wrote.

Clifton Guthrie won Best of Formline for his drum “Connections,” which the jurors observed had “some unusual aspects to some formline elements, which make the whole more complex and challenging.”

Elaine Jack won the President’s Award, a category new to the competition this year, for her “Beaded Chilkat Wall Hanging.” SHI President Rosita Worl called Jack’s piece “a unique and extraordinary piece of artwork that represents and embodies the highest standards of the Northwest Coast art tradition.”

The winners are listed below.

Jurors reviewed the pieces blindly, meaning the names of artists who submitted pieces were not disclosed. The show along with exemplary pieces are featured in an online exhibit.