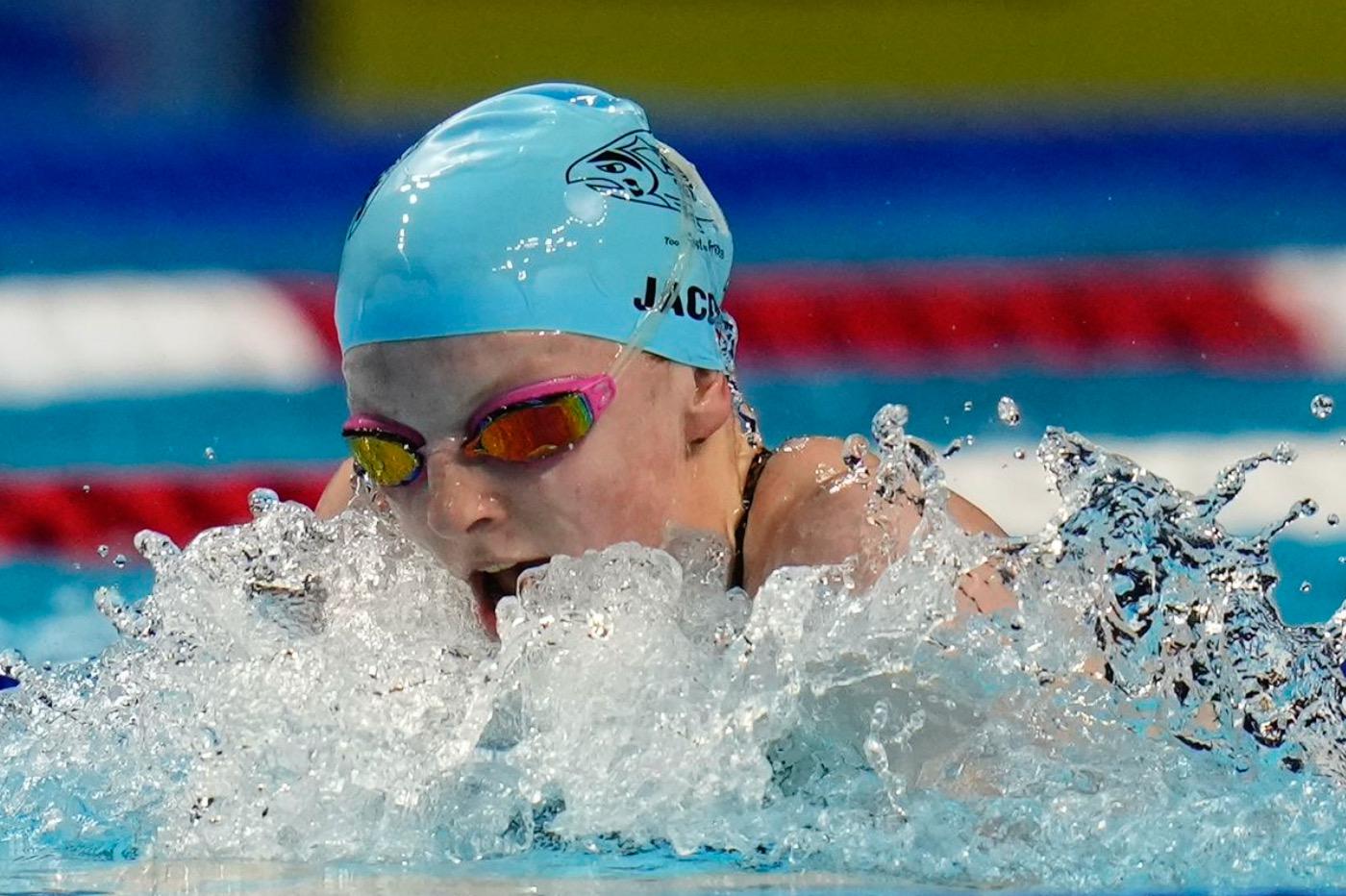 Jacoby, who will be a senior at Seward High School in the fall, told Swimming World Magazine after the race, “I can’t tell you how much it means to me. I’m so excited. It means so much to me to be able to represent my state at a meet like this. And I’m so excited to now represent my country as well. It’s amazing.”

Jacoby secured a spot on the U.S. team headed to Tokyo, Japan, next month for the “Games of the Olympiad.”

After a yearlong postponement due to the coronavirus pandemic, the Tokyo Olympic games are set to start July 23.

Though the Olympics will be taking place in 2021 due to the postponement, they are still officially branded as the 2020 Tokyo Olympics.

Swimming in fifth place she stunned the crowd with an incredible push and touched the wall .32 of a second faster than third-place Annie Lazor (1:05.60). Jacoby swam the fastest final 50 meters to pass everyone but King.

Jacoby was also .43 of a second faster than she was in Monday’s semifinals, when she broke the national age group record with a time of 1:05.71 to earn a berth in the finals on Tuesday. She had also posted the fastest time in the final half to come from behind for the semifinal win.

At that point, Jacob’s semifinal time was the world’s fourth-fastest of the season. It propelled Jacoby into the finals, where she faced King and Lazor, who entered the Tuesday race with the No. 1 and No. 2 times in the world, respectively.

Now Jacoby owns the season’s second-fastest time, trailing only King’s 1:04.72 from Monday’s semifinals. King set the world record of 1:04.13 at the 2017 World Championships.

“I came into this meet obviously with expectations for myself, but knowing that I have so much of my career ahead of me, so just trying to keep that in perspective,” she said.

On Thursday Jacoby will swim the women’s 200-meter breaststroke, an event in which she has the 15th-fastest qualifying time (2:27.39).

Jacoby is the second Alaskan to qualify for the Summer Olympics. Alev Kelter of Eagle River is on track for her second Olympics as a member of the women’s rugby 7s team.

Petersburg High School graduate (1999) Derek Gibb, who earned a college championship at Auburn University, had been the only Alaskan to make it past the preliminaries at the U.S. summer olympic trials and into the 16-swimmer semifinals. Gibb placed 15th in the 50-meter freestyle at the 2004 Olympic Trials. 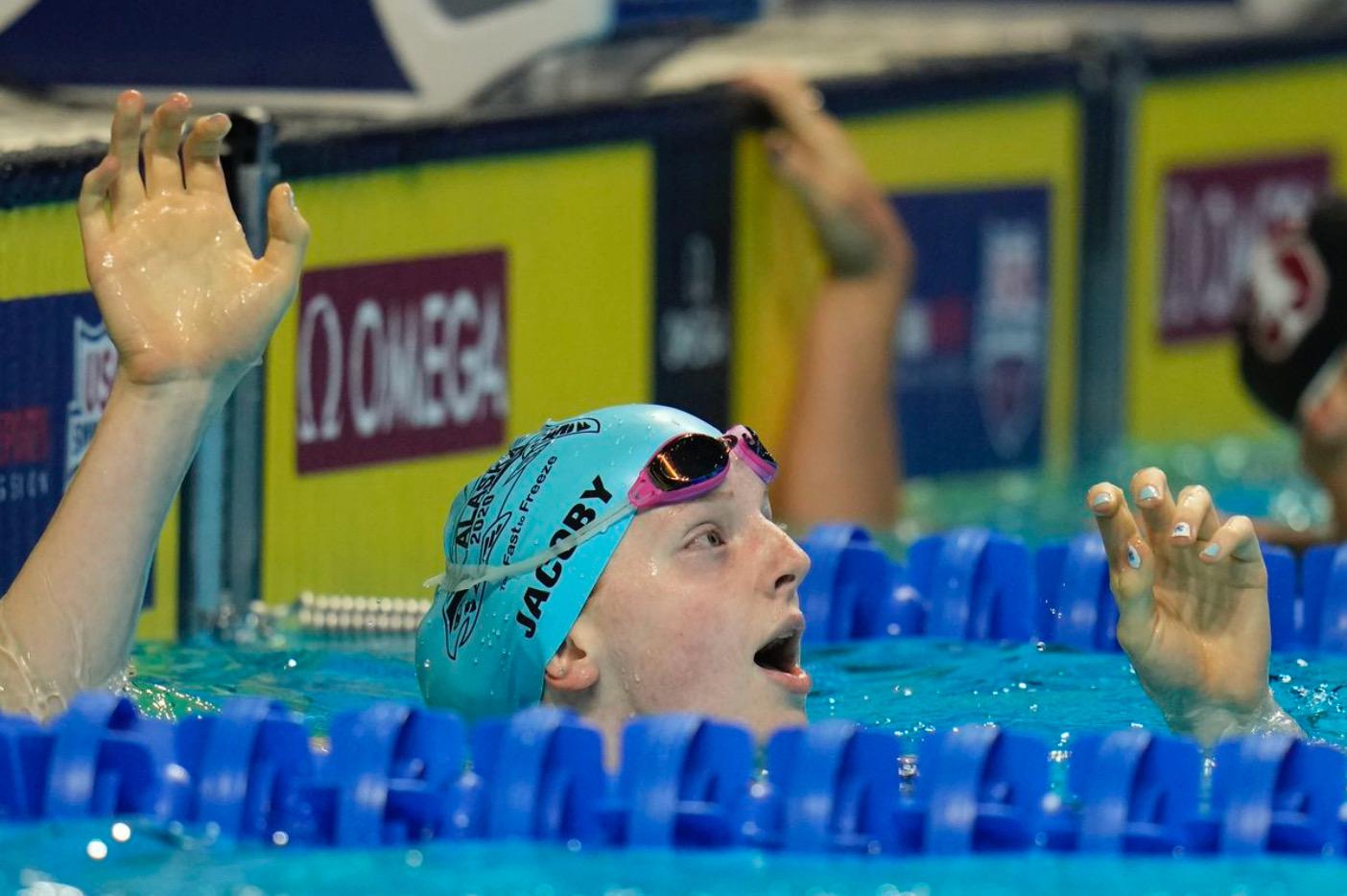