"Different" was the word used by Juneau Senator Dennis Egan on Action Line today to describe the legislative session, which is currently in overtime. 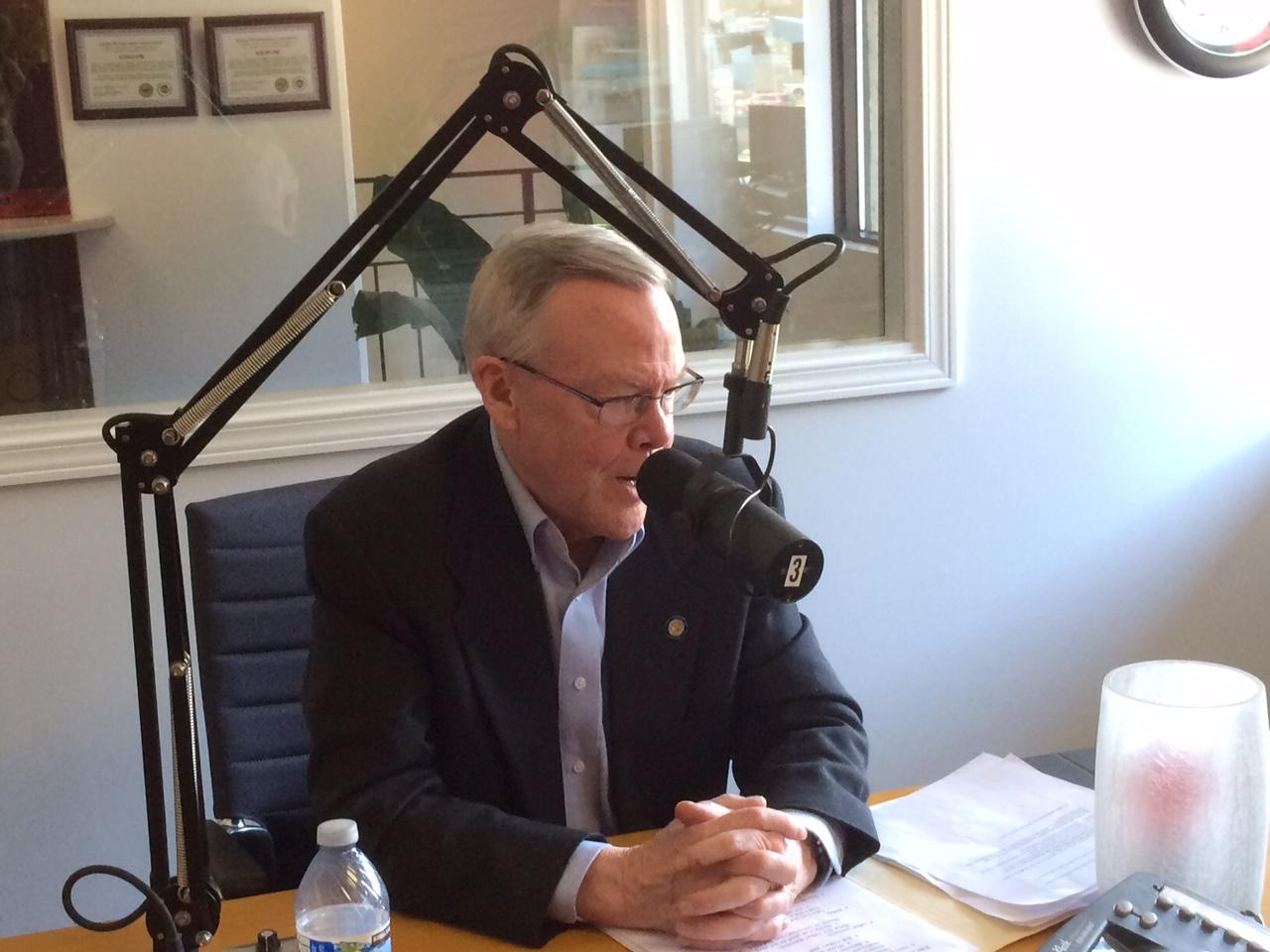 "Different" was the word used by Juneau Senator Dennis Egan on Action Line today to describe the legislative session, which is currently in  overtime.

Egan was asked about the likelihood of a special session being called if the Legislature fails to complete its work in the expanded regular session.

"We're at day 106 now, and we can legally go through 121," Egan explained. "The governor has been very adamant that if we don't get our stuff done before the 121st day, he's going to call us back into special session so we can get this done. One good thing - and I'm going to get off track here - is the governor's insistence on keeping the session in the capitol. An incredible bunch of people bent over backwards to do this thing and have it here."

Egan had special praise for a member of the business community, including "First National Bank of Anchorage, and especially Juneau Resident Manager Luke Fanning. Working through his hierarchy in Anchorage, he did yeoman's work in offering the Bill Ray Center. They own it now and I think they have a future contract where they're selling or leasing the building, but they've allowed the legislature to move in at a tremendously reduced rate."

Gov. Bill Walker's authority to expand Medicaid on his own.

"I think it's a great idea. I agree with the senator. Originally, I was against even tapping the lawsuit, but we lost on the floor and they're suing the governor's proposal for Medicaid expansion. Senator Coghill came out yesterday and suggested that we don't."

A measure introduced by Senator Egan this session to alter state law regarding vehicle arson fires has been adopted by the State House as an amendment to its version of the Omnibus Crime Bill.

"We had issues and concerns from arson investigators about concerns that if, say, you get mad at somebody so you go onto private property and torch their vehicle on their driveway, it's a misdemeanor; well, arson's arson, and that's serious stuff."

If that provision stays in the bill, the crime would also be a felony if a vehicle is torched on private land.