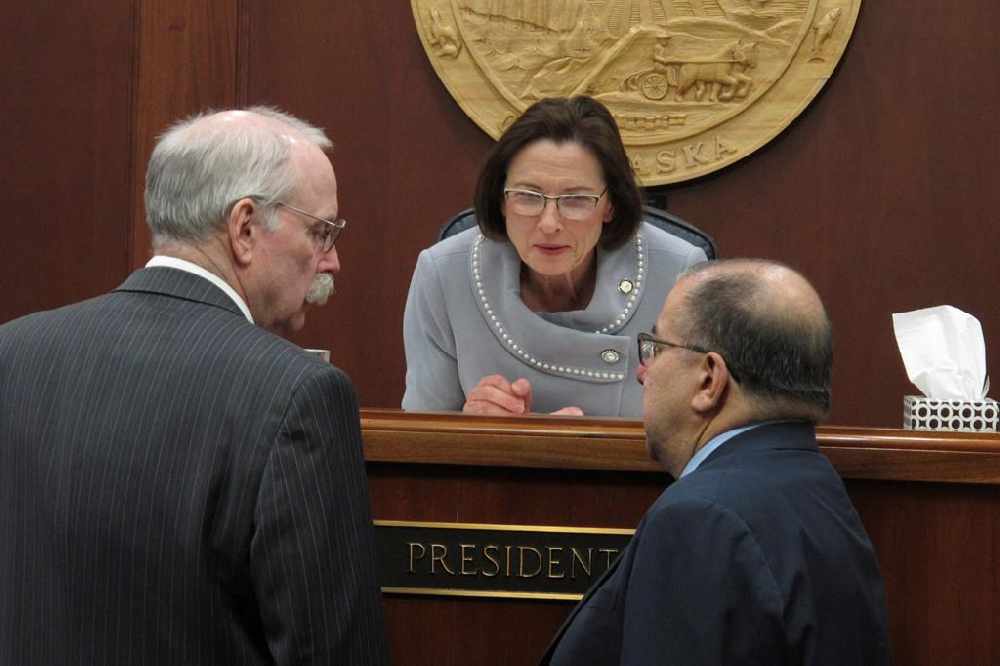 Juneau, Alaska (AP) - The Alaska Senate on Monday approved a budget provision that would give residents a $1,000 payment as a way to blunt the economic impacts from the coronavirus.

The provision, an amendment to a larger state spending package, passed 12-7 after the Senate rejected a proposed $1,300 stimulus payment. The underlying budget passed 17-1 later in the day.

The House will have to decide whether to agree to what passed the Senate.

The stimulus provision would use earnings from the state’s oil-wealth fund, the Alaska Permanent Fund, traditionally used to pay yearly dividends to residents. The budget bill itself proposed a dividend for later this year of about $1,000. That remains part of the bill.

Several senators said such an economic stimulus is critical, with many businesses temporarily closed or laying off workers in a bid to slow or prevent the spread of the virus. Payments would be made before the end of the current fiscal year, June 30, but Sen. Mike Shower, who sponsored the successful provision, said he hoped to see payments made as soon as possible.

Others supported more targeted relief that they said lawmakers were working on, or expressed concern with, digging too deeply into permanent fund earnings.

The adopted stimulus provision would go to eligible Alaskans who got dividends in 2019. Lawmakers also use earnings to help pay for government expenses amid a persistent budget deficit.

Gov. Mike Dunleavy, as part of his economic response to the virus, proposed something similar to the failed $1,300 amendment. The governor proposed paying what he felt Alaskans were owed and did not receive last year when lawmakers approved a permanent fund dividend of $1,606.

Dunleavy has advocated following until it’s changed a dividend formula that many lawmakers consider unsustainable. Had the formula been followed, 2019 checks would have been $2,910, according to the Department of Revenue. Dunleavy proposed making up the difference.

Meanwhile, senators rejected an amendment that proposed paying a dividend using the formula last used in 2015. The size of such a dividend would have been about $3,100, the Legislative Finance Division has said.