Sen. Giessel part of the 'women's wave' in leadership roles 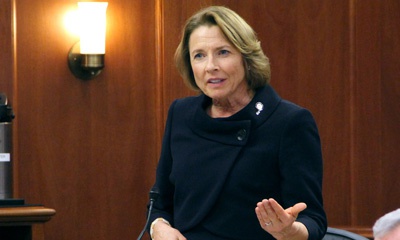 Washington, D.C. (AP) - Senate President Cathy Giessel was one of many women to ascend to leadership positions in state legislatures across the country in 2019.

After a wave of women won election last year, numerous women ascended to leadership positions in state House and Senate chambers in 2019. But part of that influx was offset by the departure of female lawmakers who had been in leadership roles.

The Associated Press tracked the top leadership positions for each party in each state legislative chamber. The top spots are called by different titles in different states, but in many places, they are referred to as the House speaker, Senate president and minority leaders in each chamber.