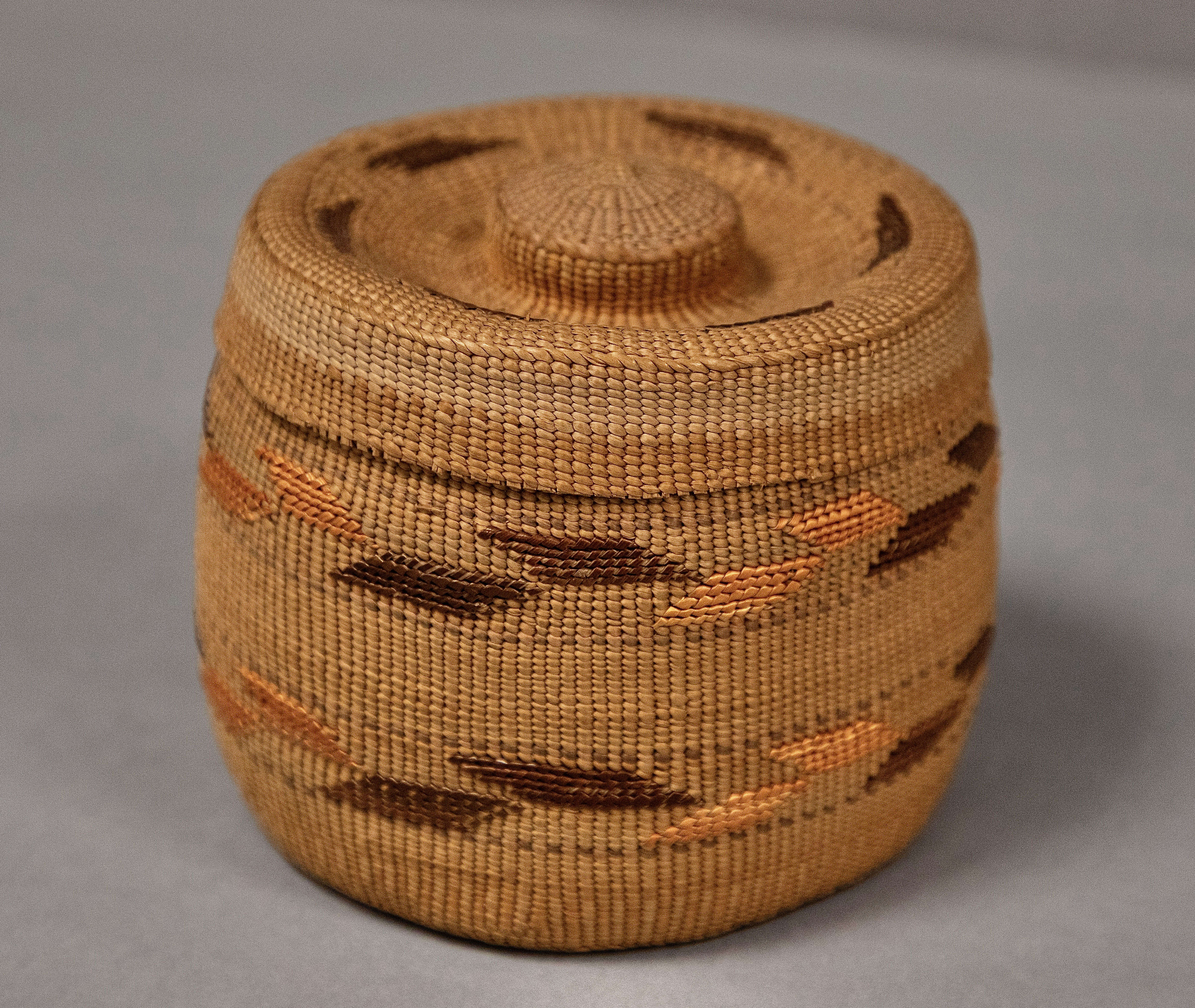 Juneau, Alaska (SHI) - A Seattle man has donated an exquisite spruce-root basket to Sealaska Heritage Institute that dates back more than 100 years.

According to a press release from SHI, donor Richard Zahniser, now in his 90s, purchased the piece in Southeast Alaska or Anchorage in the 1970s and decided to donate it this year to make it accessible to the public and weaving students.

“We wanted this special basket to be a permanent part of Sealaska Heritage Institute’s collection where it will be protected and preserved and studied and enjoyed by future generations,” Zahniser said.

The basket, which measures 4 inches by 4 inches, has a tag on the bottom that reads “1906.” The maker of the piece is not known.

“The basket is a treasure that is in extraordinary condition, and that is a testament to the effort Mr. Zahniser made to preserve it while it was in his care," SHI President Rosita Worl said. "We are elated to add it to our ethnographic collection where it will be studied by art students for many years to come."

SHI is planning to exhibit donated items in a dedicated space

According to the release, spruce-root basketry is a difficult and time consuming ancient art practice developed by the Tlingit and Haida people of the Northwest Coast. Artists first collect spruce roots from the forest, char them in fire and split them into small threads. The gathering and processing of the roots is an arduous task that can take many days or longer to complete. Spruce-root weaving is one of the more time-consuming art forms because the materials are so delicate and fine, and it takes a significant amount of roots to make a small basket. Native people became so skilled in this practice they were able to make spruce-root baskets so tightly woven they held water. Spruce-root weaving today is considered to be endangered, but in recent years, artists—most notably the master Haida weaver Delores Churchill—have revitalized the art form, and Churchill’s students are now teaching it to others.