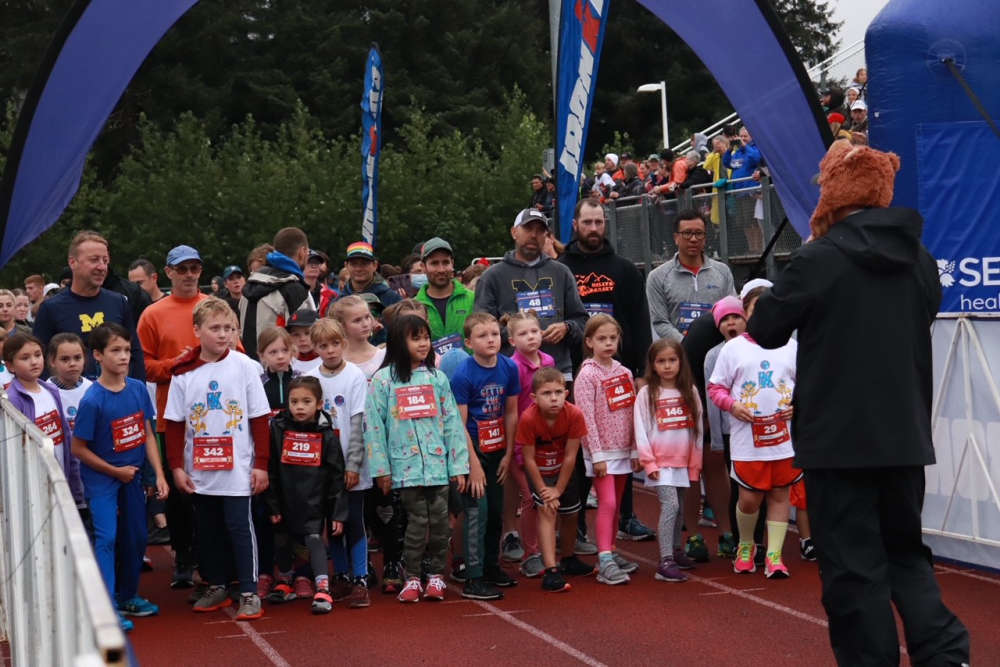 Juneau, Alaska (KINY) - On Saturday, August 6th from 9:00 am to 10:00 am, Ironman hosted a fun run for young athletes at Thunder Mountain High School. 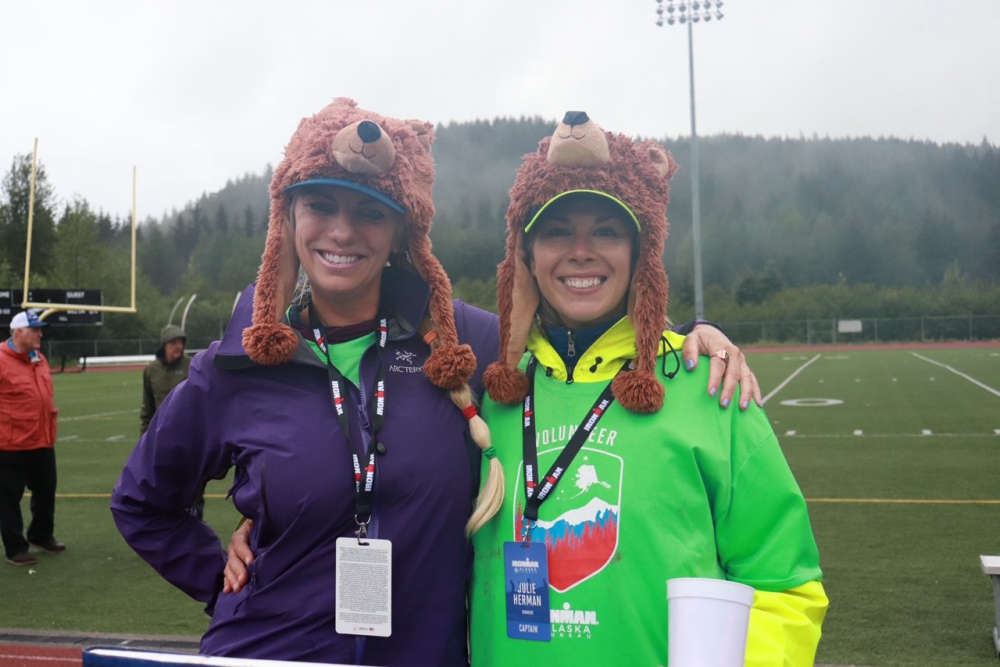 The goal of the fun run was for young athletes to enjoy the feeling of competition without feeling too much pressure.

"Well, the Ironkids race has been a lot of fun. We had three different races happening. We had an 80-yard for our toddlers and then we did a half mile and that was for ages three to eight. And then we did an older group all the way up that you could be 18 to run for the full mile. It's been a great event for our community and a lot of the contestants were also from families that came for Ironman out of town. So we've met a lot of great people. We had over 350 participants."

Britt Bachtel-Browning, an Ironman volunteer visiting from Coeur d'Alene, Idaho, talked about Ironkids and her role.

"Ironman kids has been going on maybe the last 10 years, and Ironman the last 20. I've been involved for about 10 years."

Bachtel-Browning and the volleyball team will both volunteer in the Ironman race Sunday.

Herman shared what the TMHS Volleyball Team will be helping with.

"Our volleyball program for Thunder Mountain is also doing two different stations. We have a station, a bike station assist all the way out at Echo Cove for us and so we'll be there and we got parents and kids volunteering for that. And then we also have a water station here at the Thunder Mountain location. So we're looking forward to it. And I hear one of the best places to be is the final Power Hour at 11 to 12 midnight, the finish line of all the contestants as they come in. And I was told that there's normally not a dry eye in the place so I plan on being there to support the community and the Ironman as they finish tomorrow night."

Herman also mentioned TMHS's volleyball team's upcoming games, and that it's not too late to join the TMHS team.

"Our season started on Wednesday this week, August 3rd, and so we are in the process of selecting teams. And we've got a tournament for Region Five Thunder Mountain's hosting the jamboree, which is the kickoff of season in two weeks' time. That's the 14th to the 16th of August. That's a Friday, Saturday and we're having teams come from out of town. We're hoping our sister school JD will be there."

Bachtel-Browning talked about how a lot of the kid's parents would be participating in tomorrow's events.

"Great event and brings people. I've seen athletes coming from all over the world to come to Juneau because they're super excited for this race. So obviously a lot of local but people from Spain and Portugal and Asia. And all sorts of different families and it seems like most people have brought their families with them so they're getting to experience it and hopefully spend some other time in Juneau."

Bachtel-Browning added that locals watching this year's event just might be inspired to enter next year's Ironman.

"Really excited, I have seen how Ironman does really well in Coeur d'Alene so I'm really excited. It's here in Juneau and I think it will be a great partnership moving forward and, you know, bring in a lot of different people and just really positive energy and maybe someone is inspired to do Ironman next year."

Herman wrapped up with a thank you to the community's support, providing transporation and housing to the athletes.

"I want to just say thank you. This was a merge of heads of Ironman and our Juneau families that have been connecting and I just want to say thank you to everybody that the support has been overwhelming. I've seen so many smiles so I just love when I see our community come together and do great things." 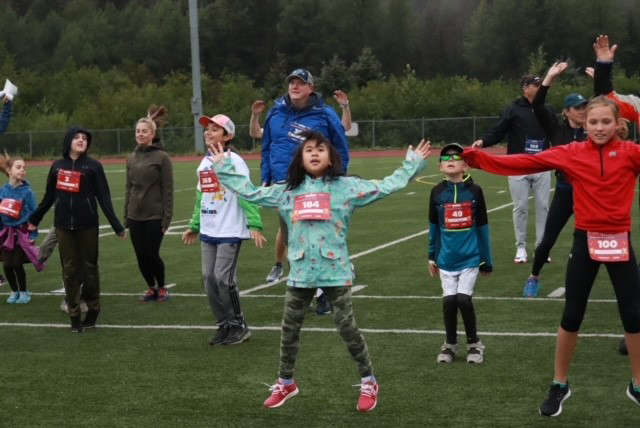 Above: Kids warm up for the race. Below: A girl receives her medal for completing the race. 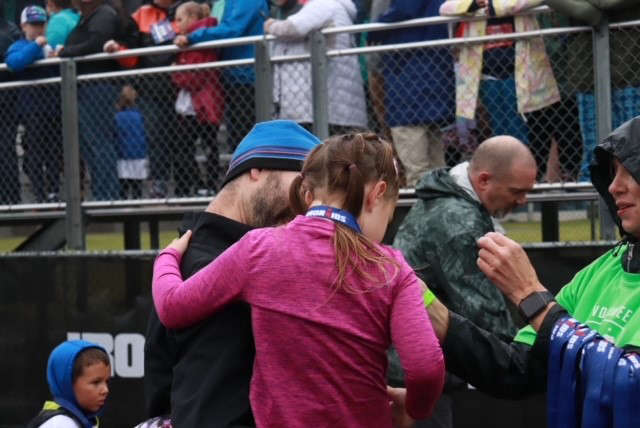 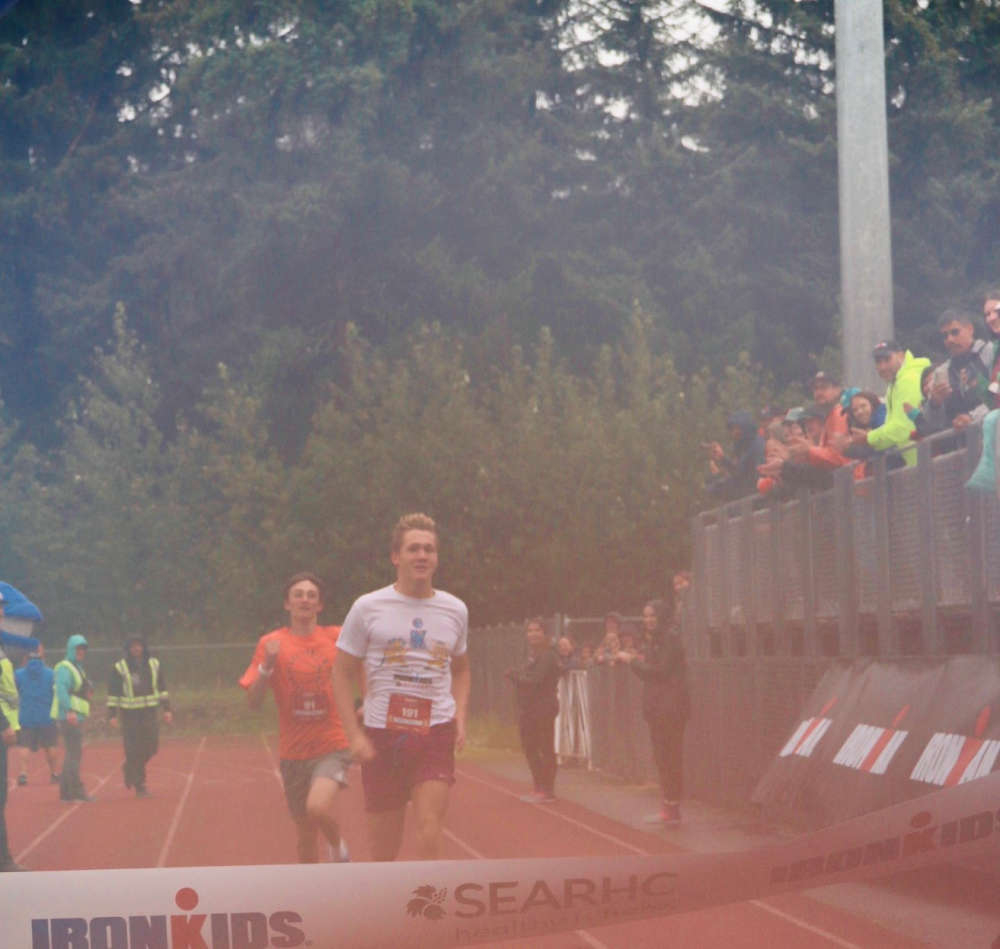 Above: Keaton Jones, the first-place runner from the 1-mile distance, age 17. Below: The winner of the youth 1/2 mile race. 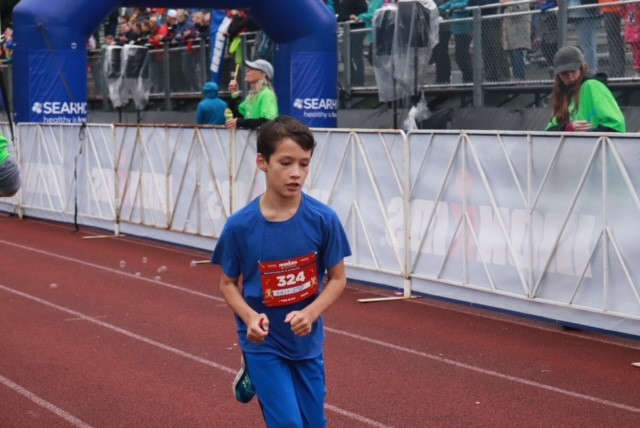