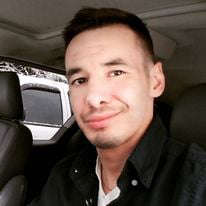 Farnsworth's family reported him missing Wednesday. Search and rescue efforts were directed around perseverance after a vehicle believed to have been driven recently by Farnsworth was located in the area.

SEADOGS incident commander, Michael Kris, said they got the call Friday from Juneau police and state troopers to respond. On Friday night, they had 10 SEADOGS Associates and 4 dogs to start up the search.

"It was cold, wet, rainy, had a lot of rain coming down as you know with that area there are some dangers of some landslides, rockfall, with creeks being high," he said. "While we covered a fair amount of area as much as we could until it was too dark."

After the storm blew through, teams went back out Saturday. Kris said they had more SEADOGS, associate personnel, and dog teams respond to the same area and we did more foot searches of the area.

SEADOGS also worked with the Coast Guard and rode with them in their Helicopter.

"They did an overflight of the area, kind of low and slow with one of our folks to point out landmarks. and to keep your eyes open and look and see what they could find," Kris said.

There were 11 seadogs personnel and dog teams covering areas around the last known point, which was where the vehicle was found by Basin Road and Gold Creek. Kris said no clues were found.

If anyone has information on the whereabouts of Mr. Farnsworth, contact the Juneau Police Department's non-emergency line at (907) 586-0600. 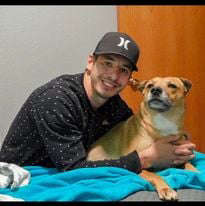