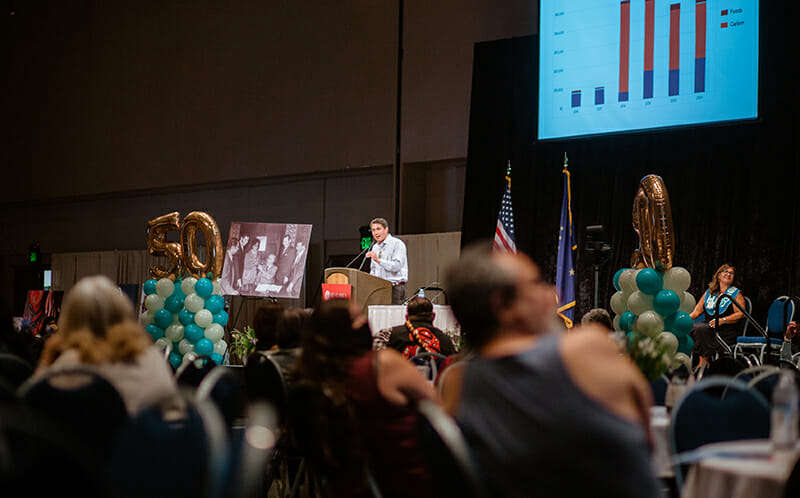 The resolution will extend eligibility for Class D descendant stock in Sealaska to lineal descendants of original shareholders without respect to their documented Alaska Native blood quantum.

“Elimination of the blood requirement is a monumental step in our healing journey. We, no doubt, have our share of challenges in our communities. This arbitrary rule will no longer be one of them organizationally,” said Sealaska board chair Joe Nelson. “I believe that most of our grandparents wanted to hold the door open for all their grandchildren, not just some of them. Whether or not the grandchildren walk through the door and enroll, that is up to them.”

Wáahlaal Gíidáak Barbara Blake, Tseiltin Jodi Mitchell, Tashee Richard Rinehart, and Daanawáak Michael “Mick” Beasley were re-elected to the board. Each of the newly elected directors will serve a three-year term.