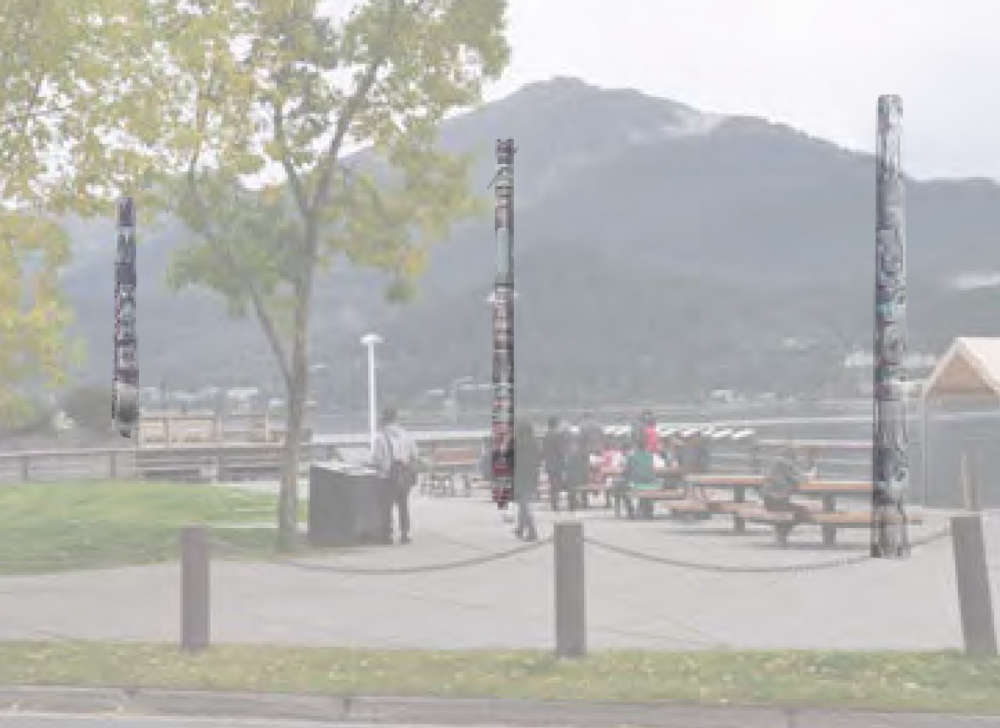 Juneau, Alaska (KINY) - A grant secured by Sealaska heritage institute will go towards a totem pole trail project on the Juneau Waterfront.

The $2.9 million dollar grant from the Andrew W. Mellon Foundation will allow Tlingit, Haida, and Tsimshian master artists in Juneau and villages across Southeast Alaska to carve the poles. With the funding, they will commission ten totem poles that will comprise part of Kootéeyaa Deiyí, or Totem Pole Trail, along the downtown Juneau waterfront. Sealaska donated logs to the project. The institute's ultimate goal is to commission 30 poles and raise them along the waterfront.

"To really have something physical that represented Tlingit people and the clans, and traditionally our totem poles were placed right along the coast, greeting visitors to their communities, it's also a statement about the presence, the survival of native peoples on their land," said Rosita Worl, President of Sealaska Heritage. "The ten poles itself will be fantastic, but when the project's complete with 30 totem poles, it'll be really spectacular, I think it will be quite a sight to see as you're coming into Juneau."

The priority for the ten poles will be Áak’w Kwáan and T’aaku Kwáan clans. Totem poles representing clans which also settled in the Áak’w village during the historic period will also be included. Haida and Tsimshian poles will also be represented among the first ten poles. Fran Houston, spokesperson for the Áak’w and member of the L’eeneidí and the Yaxtehíttaan and Lillian Petershoare of the Yanyeidí clan have conferred with SHI since the initial planning of the project. The clans will be selecting their designs to be included on the poles in the next few weeks.

"Totem poles record the history of clans and so our priority will be to focus on the Áak’w Kwáan and the T’aaku Kwáan clans and then we'll have other clans that settled here in Juneau or the village, and of course, we can't exclude our brothers and sisters the Tsimshian and the Haida, so we'll also have a pole from each of those tribes," Worl said. 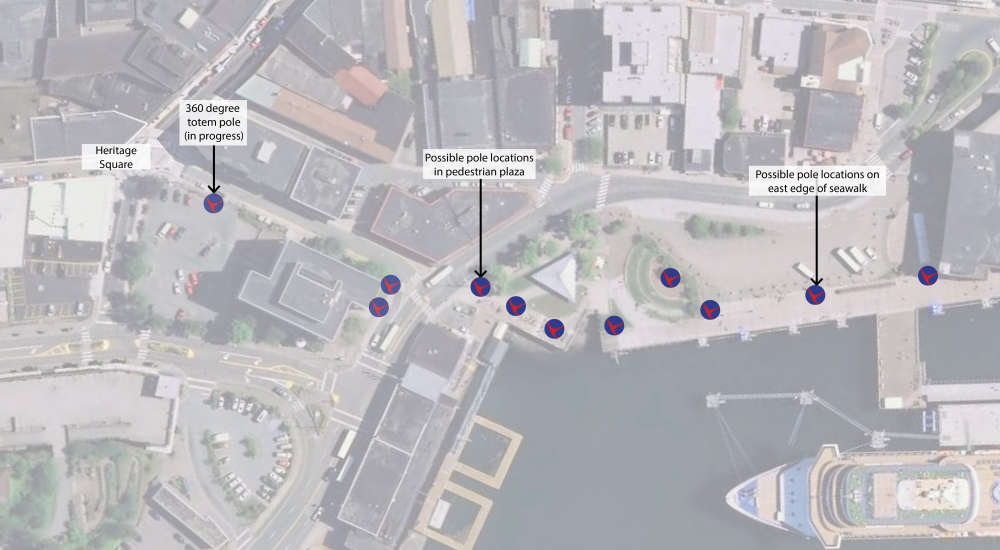 The totem poles will be an entry point from the waterfront to Heritage Square, a space encompassing the intersection of Seward and Front Streets and surrounding area that was named by the city in 2018. Each totem pole will feature a corresponding story board that identifies the clan, crests and information related to the artwork.

They are working with the City and Borough of Juneau to site the first ten totems in easements from Main Street along the waterfront by Marine Park. The poles are planned to be raised in 2023.