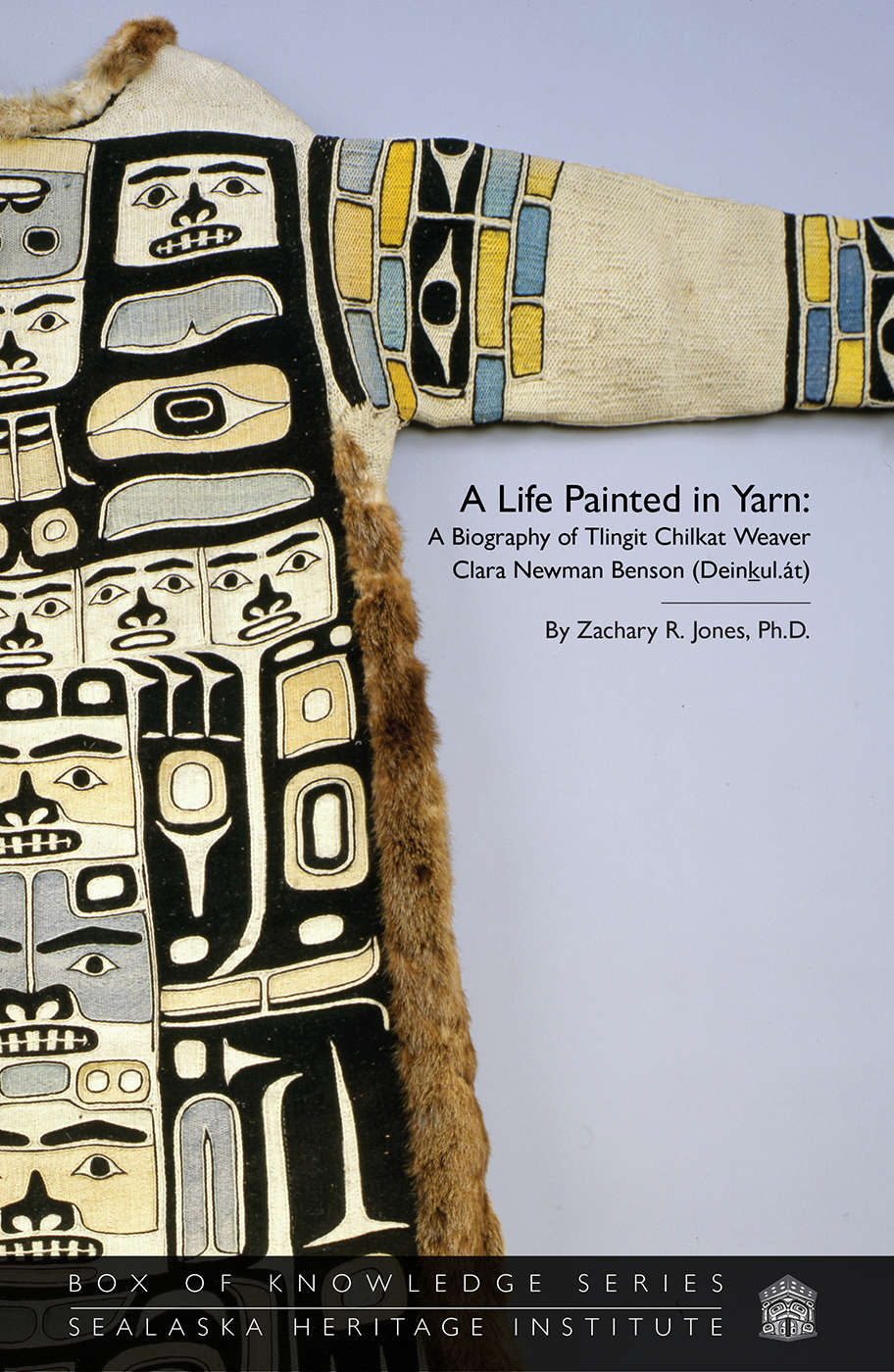 According to a news release, Benson, who lived from 1856 to 1935, was a significant Chilkat weaver of her day.

The book, A Life Painted in Yarn: A Biography of Tlingit Chilkat Weaver Clara Newman Benson, establishes her as a major weaver who lived two generations before the famed Chilkat weaver Jennie Thlunaut (Shax’saani Kéek’), who passed away at age 98 in 1986.

Chilkat weavers as a group have not been well documented by scholars, and Thlunaut is the only Chilkat weaver prior to this publication with a biography, wrote author Zachary Jones, Ph.D.

“My goals with the book were to establish Clara Benson’s place in Alaska’s history and art history and to contribute to the body of scholarship on historic Alaskan women,” wrote Jones, an archivist, historian and anthropologist.

Benson, who was of an aanyádi (high-class or aristocratic) family of the G̱aanax̱teidí clan, Yéil Hít (Raven House) of Klukwan, was known for weaving naaxein k’oodás’ (Chilkat tunics) and naaxein (Chilkat robes).

“Based on all the evidence about Benson’s labors as a tunic maker, she was one of the most prolific and sought-after weavers of the late nineteenth and early twentieth centuries,” he wrote.

Recorded information on women born in the 1850s and who lived in Alaskan villages is not readily available, wrote SHI President Rosita Worl in the book’s foreword.  However, the author has managed to piece together information from multiple obscure sources about her adult life and also give us a glimpse into Tlingit culture.

“More often, women are overlooked as artists and rarely are their lives documented in the way that Dr. Jones has attempted to do,” Worl wrote.

The book was published through SHI’s Box of Knowledge series, which was founded to encourage scholarship on Tlingit, Haida and Tsimshian cultures.