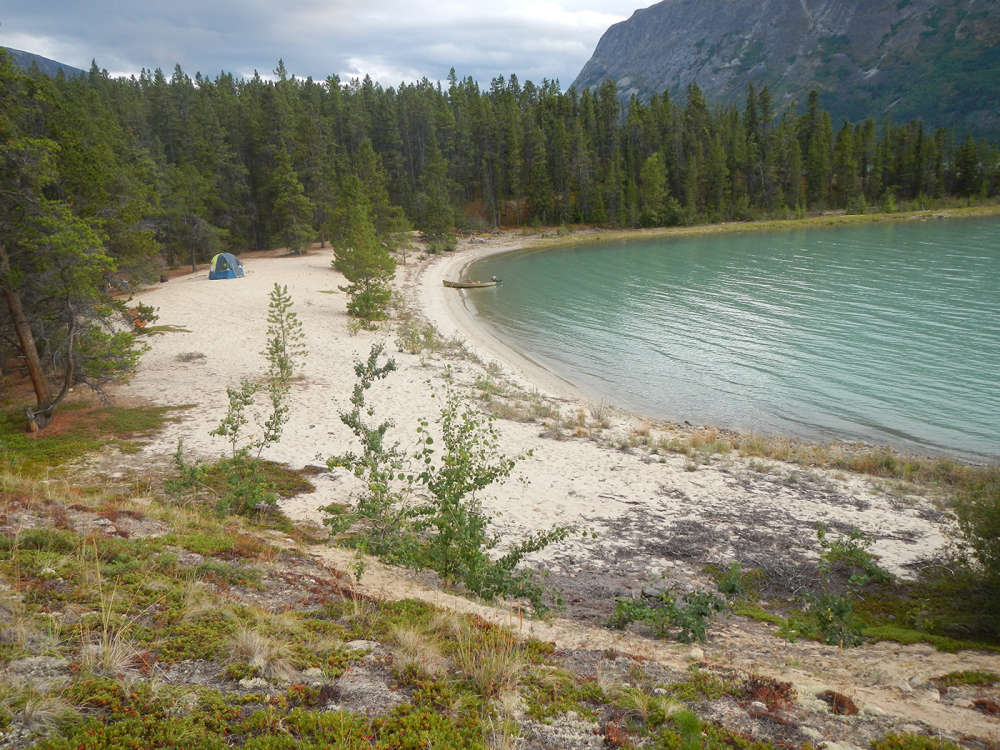 The Chilkat Trail approaches Kusawa Lake in the Yukon Territory, where it connects with trails that ultimately lead to Dawson.

Through the lecture, Trails from Long Ago: the Deishu-Chilkat Trail to the Yukon, Tim Ackerman of the L’uknax.ádi clan will give an overview of trails in Chilkat/Chilkoot country that led into the Yukon and served as important trade routes for the Tlingit people.

Ackerman, who grew up in Chilkat/Chilkoot country in the Haines and Skagway area, has devoted many years to conducting research on the trails and documenting the routes through first-hand observation as well as through oral history.

“I have spent the past 15-20 years researching and re-tracing these routes, combined with collecting oral history in the United States and Canada. I have travelled along the trails from both directions and will show photos of the existing trails, including the intersection as the Chilkat Trail approaches Kusawa Lake (Yukon Territory) where it connects with trails that go to Carcross, Champaign, or continues along the Talkini River to Kusawa Lake and finally to Dawson,” he wrote.

The lecture is scheduled at 12 p.m., Wednesday, Aug. 17, in the clan house at Sealaska Heritage Institute. A question-and-answer session will follow.

SHI will livestream the lecture on its YouTube channel.