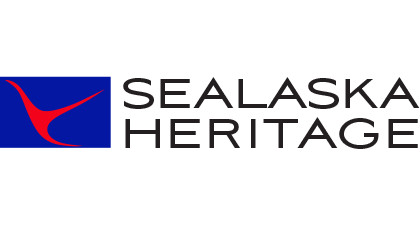 Juneau, Alaska (KINY) - Sealaska Heritage Institute will sponsor a free lecture next week on the activism of Native leaders during the United States occupation of the ancient homeland of the Tlingit, Haida and Tsimshian of Southeast Alaska.

“My presentation is not a recital of the profiles of these great people but an attempt to review highlights of historical events that these people were an important part of,” Thomas wrote. "Alaska Native people have been in Southeast Alaska from the beginning of time, and so when people foreign to us began imposing their laws and policies upon our people and our lands it offended early Tlingit, Haida and Tsimshian leaders."

Aboriginal tribes of North America have always governed themselves at levels to meet the needs of their tribal citizenry. European “settlers” with the establishing of the United States has had the greatest impact on the very fiber of our existence and our way of life. Southeast Alaska Natives saw how tribal people in the Lower 48 were wiped out in endless wars with the United States, and so they chose to advocate for our rights utilizing non-Native laws, policies and procedures to gain equitable rights for our people, he wrote.

“Very little has been written about those wise Native leaders; the compilation of these profiles reminds us of who these people were and are. Placing their names in a Hall of Fame gives us an opportunity to celebrate their successes in securing our human rights,” Thomas wrote.

The lecture is scheduled for 12 pm, Tuesday, Dec. 6, in Shuká Hít within SHI’s Walter Soboleff Building, 105 S. Seward St. in Juneau. The lecture will be livestreamed and posted on SHI’s YouTube channel.

Thomas was born and raised in Craig, Alaska, where he graduated from high school in 1960. He began his college education at Sheldon Jackson College earning his Associate in Science degree and then went on to earn his Bachelor of Science in Education from the University of Alaska, Fairbanks.  In 1974, he accepted a fellowship from Pennsylvania State University where he earned his master’s in education administration.

Thomas began his 25-year commercial fishing career as a cook at the age of 13 on the FV Verness of Klawock. He would go on to skipper a seine boat and later a power troller; he currently owns a hand troller permit.
Thomas taught junior high school and coached the boy’s junior high basketball team in Klawock, Alaska, for a year. He was a high school counselor and coached the boy’s junior high basketball team in Craig, Alaska, and served as the Indian Studies student counselor for the Sitka School District. He also served as the executive director of the Indian Education Program in Ketchikan for nine years.

Thomas has been the president emeritus of the Central Council of the Tlingit and Haida Indian Tribes of Alaska since April 2008. He served as president of the tribe from October 1984 until April 2007, was re-elected in 2010 and officially retired in 2014. He served on the Sealaska Corporation board of directors from 1993 to 2020 and is the chairman of the Sealaska Timber Corporation board in addition to a variety of other positions and responsibilities he fulfills.