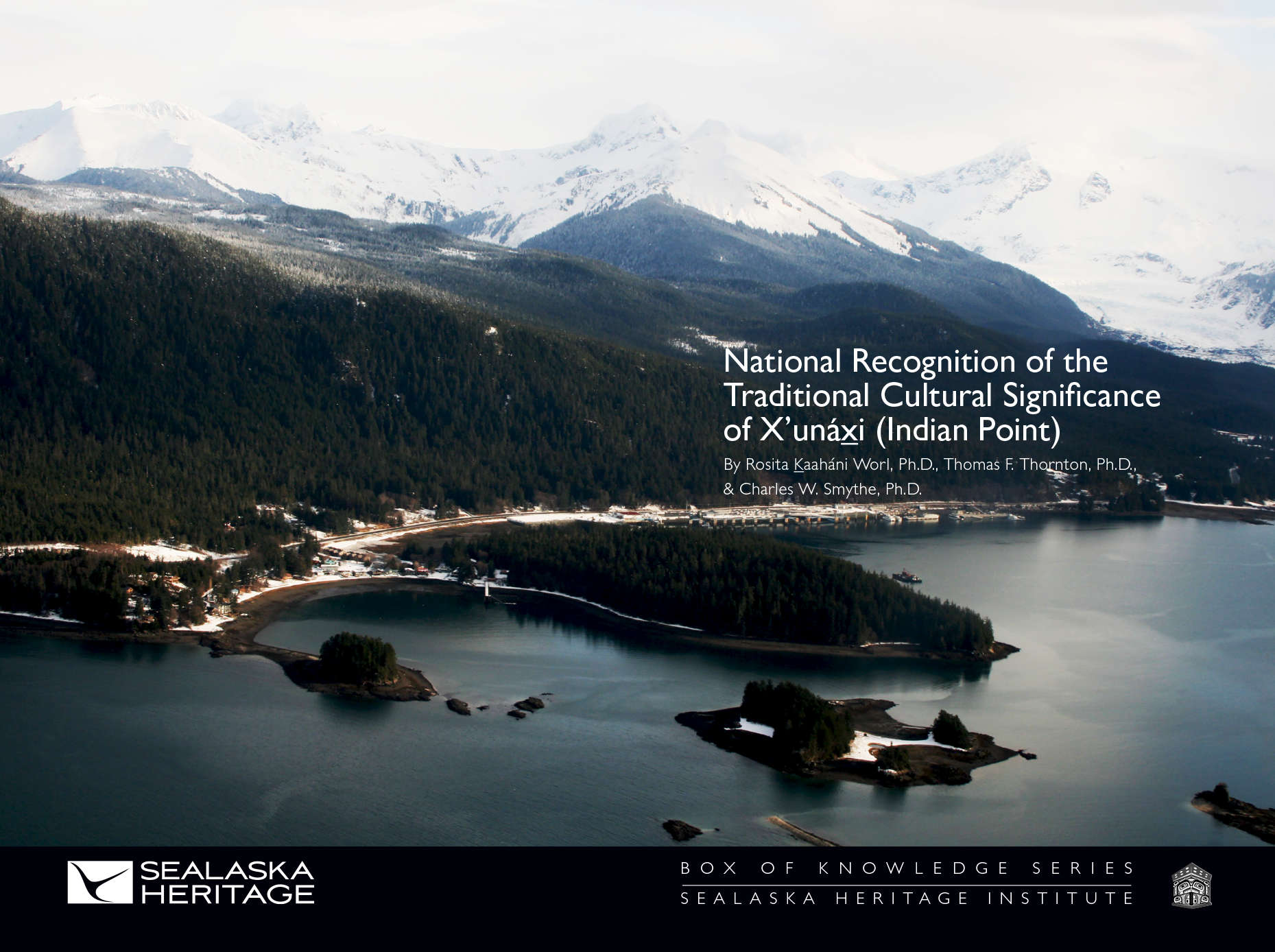 The book, National Recognition of the Traditional Cultural Significance of X'unáx̱i (Indian Point), traces a saga that began in 1959 with a proposal to develop the site and culminated in 2016, when SHI prevailed in an effort to list it in the National Register of Historic Places, making it the first traditional cultural property in Southeast Alaska to be placed on the register.

According to SHI President Dr. Rosita Worl, the case offers a clear lesson that can be learned or affirmed -- that Native Americans view the protection of sacred sites as essential, and that they will avail themselves of every mechanism to shelter them.

“We are not apologetic that our cultural beliefs may conflict with Western values or stand in the way of progress or the construction of a new facility. Our cultural values must be interpreted and applied on their own merit and not defined or structured in the context of national laws or needs,” Worl said.

The book is an anthology of three papers titled Indian Point Not for Sale; Or, Reflections on Indian Point; Anatomy of a Traditional Cultural Property: The Saga of Auke Cape; and The Long Journey from a Cultural Landscape to a Traditional Cultural Property: The Story of X'unáxi penned by Worl; Thomas F. Thornton, Ph.D.; and Charles W. Smythe, Ph.D., respectively.

Worl and Thornton’s papers were previously published by the George Wright Forum and reprinted with permission.

The book was published through SHI’s Box of Knowledge series, which was founded to encourage scholarship on Tlingit, Haida, and Tsimshian cultures, to disseminate papers and research more widely, and to circulate work that has not been published.