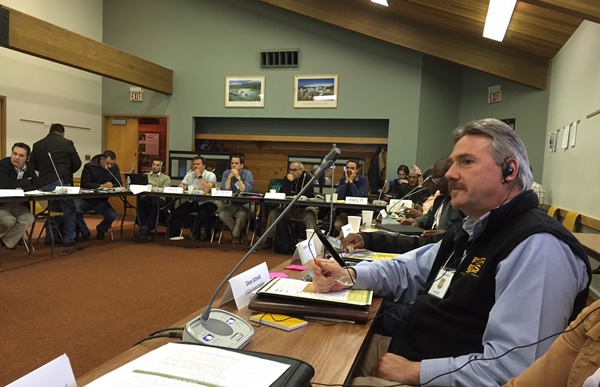 Washington, D.C. (KINY) - Schmid has been acting regional forester in Alaska for the last eight months filling in behind Beth Pendleton who retired in April.

As regional forester, Schmid will oversee management of more than 22 million acres of National Forest System lands in Southcentral and Southeast Alaska.
Schmid has been acting regional forester in Alaska for the last eight months filling in behind Beth Pendleton who retired in April.

“David’s more than 30 years of experience and his commitment to maintaining strong relationships with people, stakeholders and communities make him exceptionally well qualified for this job,” Christiansen said. “I’m also pleased that he’s bringing both his leadership skills and 23 years of experience on the Chugach and Tongass National Forests to this role.”

Schmid joined the Forest Service first as a volunteer in Minnesota. After graduating college, he worked as a fisheries and watershed program leader on the Chugach National Forest and as a district ranger on the Tongass National Forest.

Following his time in Alaska, he served as the national fish program leader in Washington D.C., and as the director of biological and physical resources in the Southern Region.

For the last four years he has served as the Deputy Regional Forester in the Northern Region based in Missoula, Montana.